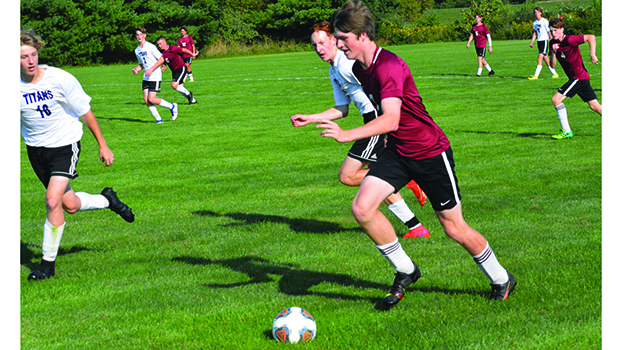 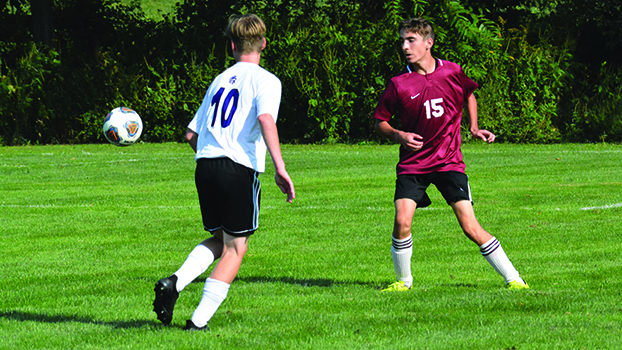 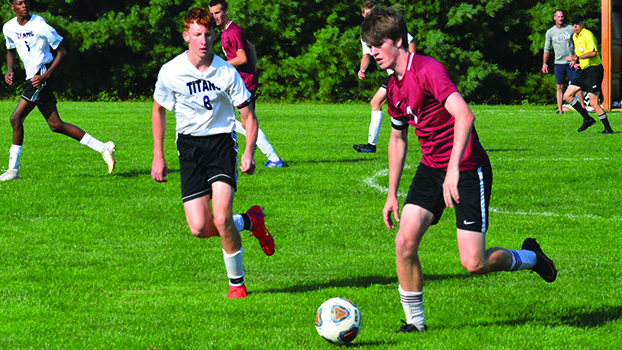 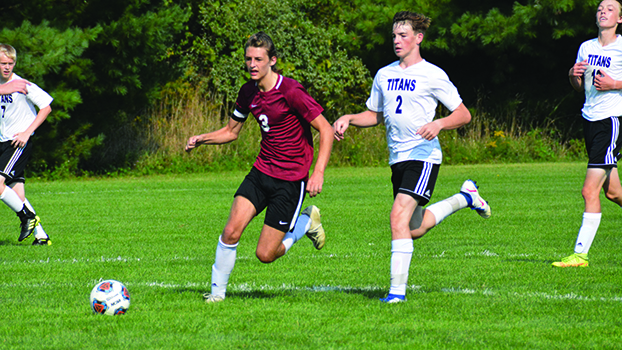 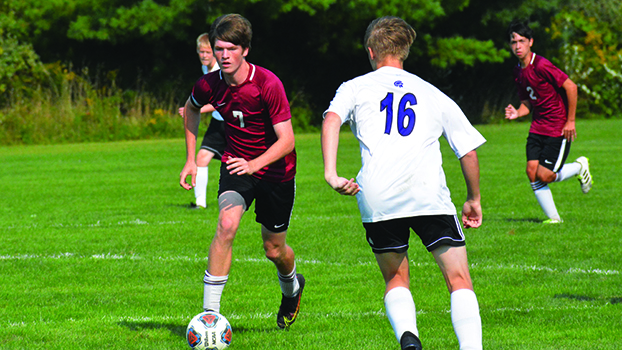 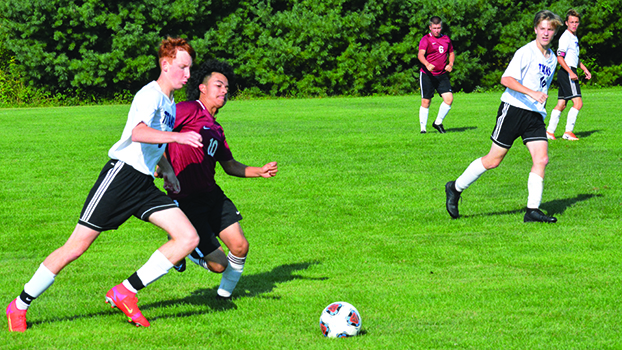 Visiting Michigan Lutheran scored four second-half goals to pull away with a 5-2 victory over the Bucks.

“We were lacking energy in the first half, for sure,” said ML Head Coach Paul Jackemeyer. “In the second half, it helped that we had the wind at our backs. I think once we got that equalizer, I think that really energized our team and we were able to keep the pressure on the rest of the game.”

Buchanan took a 2-1 first-half lead following an own goal by the Titans and a goal from Logan Grwinski. But Michigan Lutheran responded, spearheaded by the play of Zac Lockman. The junior scored two of his three goals in the second half to help the Titans take control of the game. Joel Kisukulu and Nic Lockman each scored one goal apiece.

“Zac had an incredible game,” Jackemeyer said. “Joel had a really good game as well. He did a good job controlling things from the midfield. Defensively, I thought Nic did a good job of organizing us back there and keeping us out of trouble.”

The game’s final goal came via a controversial penalty kick set up by a foul by Buchanan’s goalkeeper.

Buchanan Coach Russell Philip did not want to comment on the match.