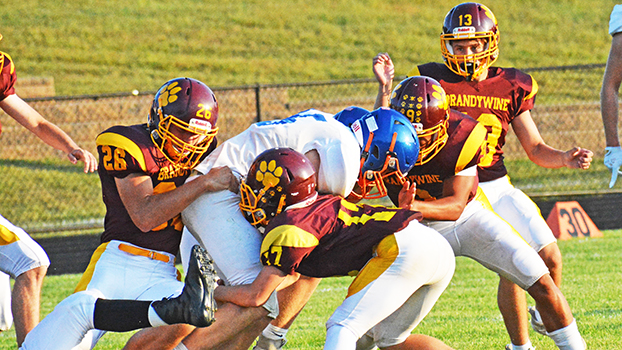 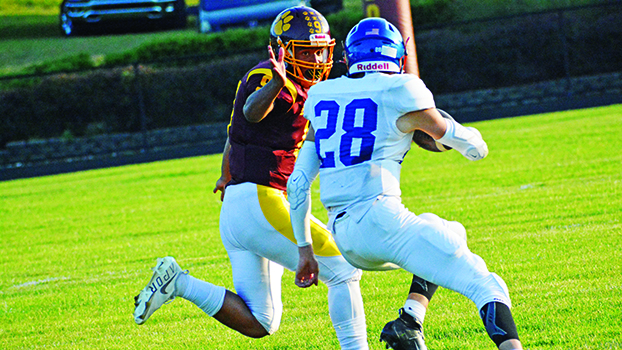 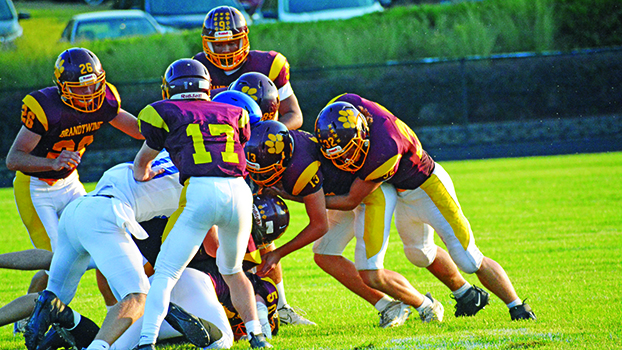 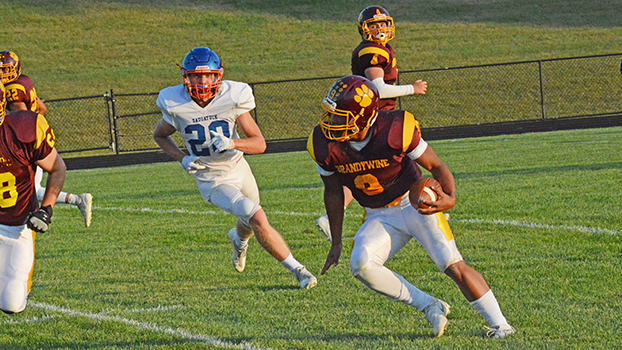 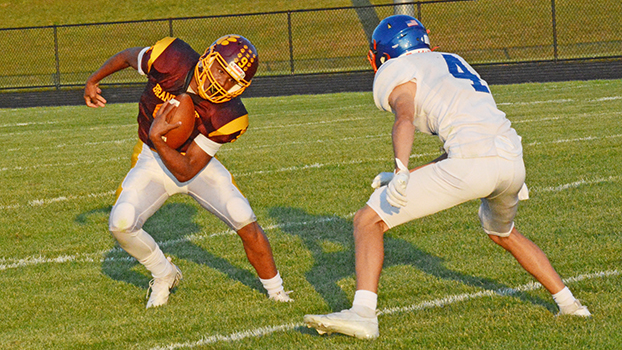 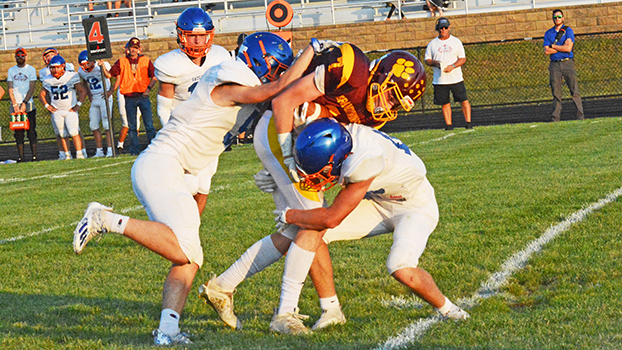 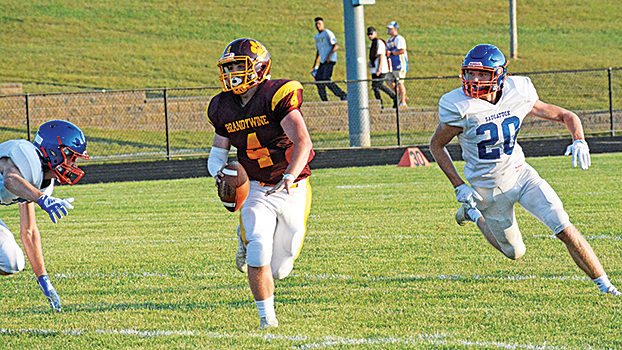 NILES — Saugatuck’s Ben Diaz was a thorn in Brandywine’s side all game long.

After a Michael Palmer 1-yard touchdown allowed Brandywine to trim Saugatuck’s lead to 28-20 with 6:30 remaining, the Trailblazer speedster answered with an 82-yard kickoff return touchdown to put the Trailblazers up 35-20, and they never looked back.

Saugatuck went on to hand Brandywine its first loss of the season, 42-20.

“The ball wasn’t supposed to go [to Diaz], but it did,” said Brandywine coach Mike Nate. “Our kickoff coverage team needs a lot of work. The guy is fast; he’s a state track qualifier and he took it to the house. We scored and were right in the ball game, and boom, they scored 10 seconds later. That was pretty much the ballgame.”

Diaz hurt the Bobcats in every phase of the game Friday night. He returned a Blake Krueger interception 80 yards for a touchdown to put the Trailblazers up 42-20 late in the fourth quarter and added 76 yards rushing on 10 carries.

Palmer led Brandywine with 20 carries for 115 yards and two touchdowns while leading the defense with six tackles. Blake Krueger completed 11-of-19 passes for 132 yards, one touchdown and two interceptions. Conner Dye caught four passes for 77 yards and Owen Hullett had two catches for 23 yards and a touchdown.

“We told the kids after the game that we got outplayed in every phase of the game,” Nate said. “Some of that responsibility is on the coaching staff, and we will bounce back and get better. One game doesn’t make or break a season.”

The Brandywine defense forced a Saugatuck fumble at its 1-yard to prevent the Trailblazers from scoring in the first quarter. Saugatuck opened the scoring in the second quarter when quarterback Brogan Kelley found Sidney Greenwood for a 6-yard touchdown pass to go up 7-0. Down 14-0 in the second quarter, the Bobcats got into the end zone when Michael Palmer found an opening and raced 31 yards to make it a 14-6 game at halftime.

Brandywine looks to rebound next week when it travels to Sand Creek for a 7 p.m. start Friday.

“This was a tough one, but it wasn’t our night,” Nate said. “It was Saugatuck’s game tonight, so give them credit. We need to rebound, and we need to have a good week of practice and get ready for another really good team in Sand Creek. It’s not getting any easier, but we knew that when we saw the schedule. We have a tough schedule, but that is a good thing because it will make us better.