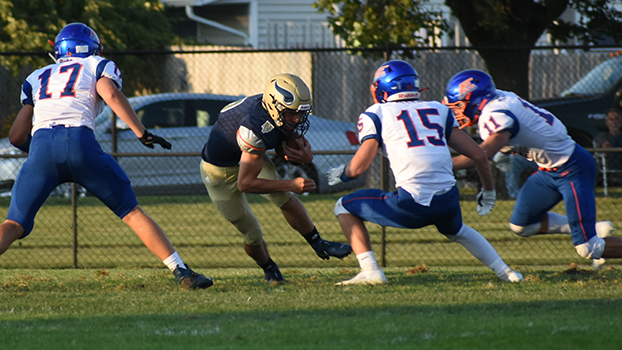 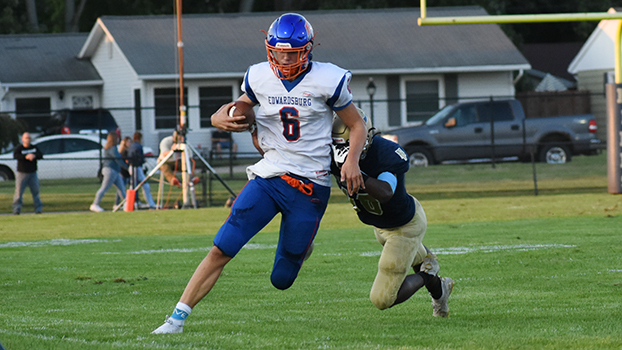 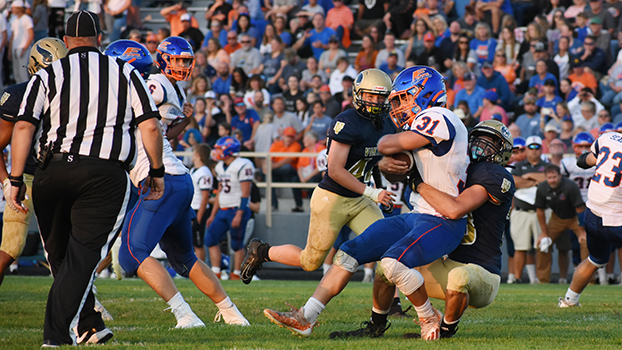 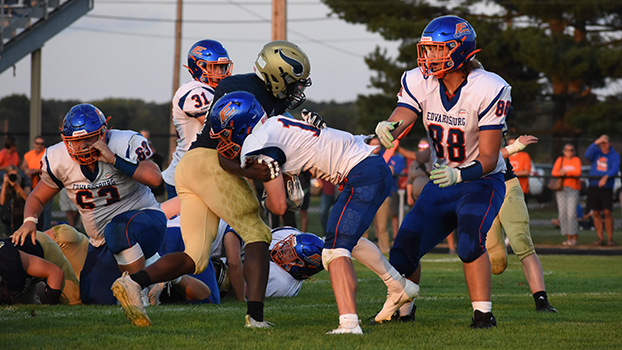 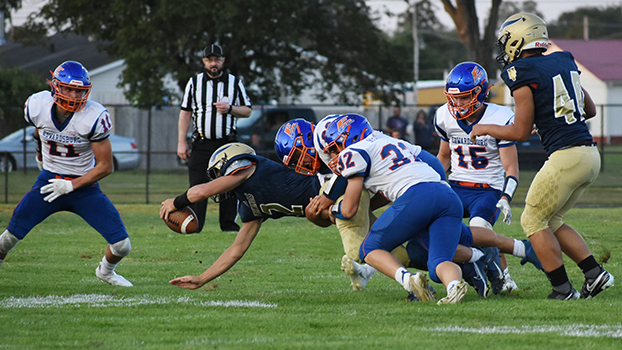 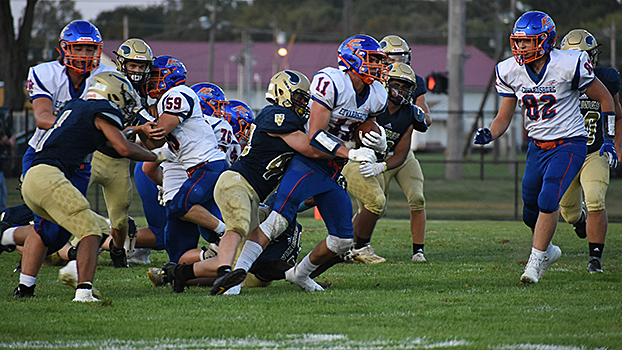 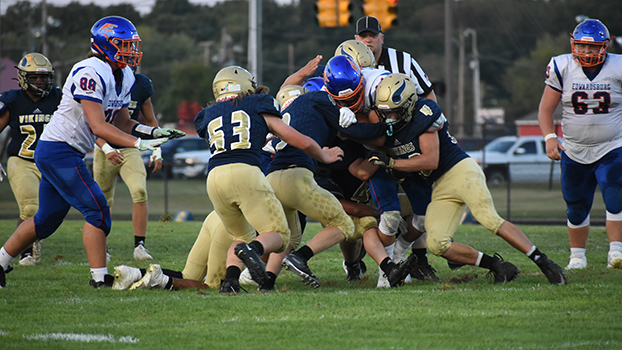 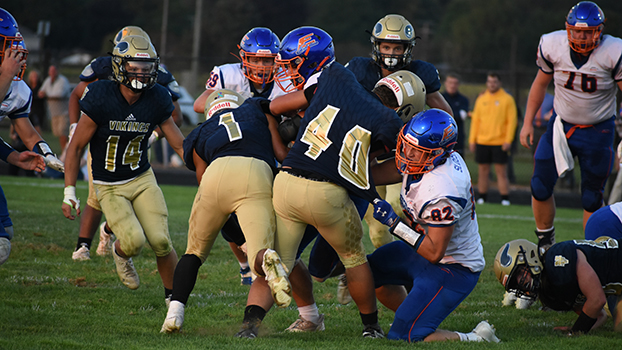 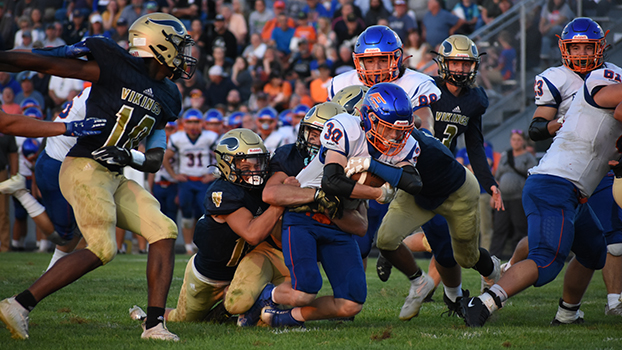 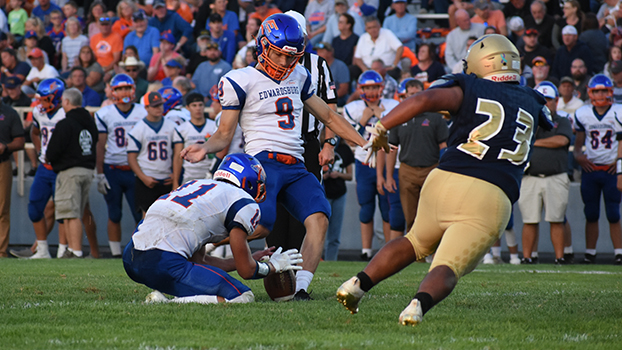 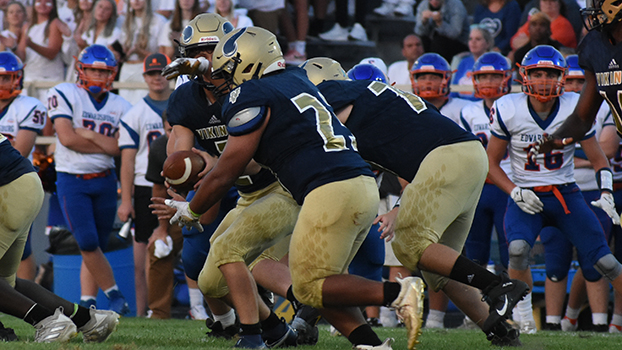 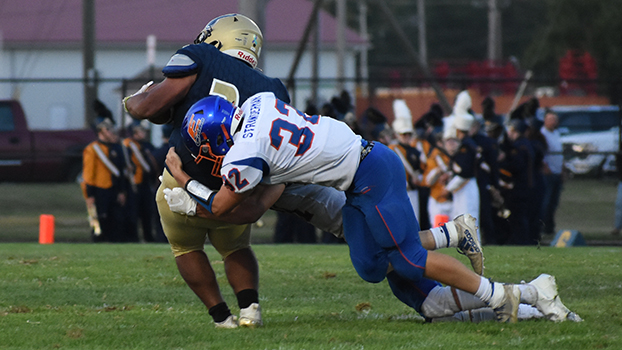 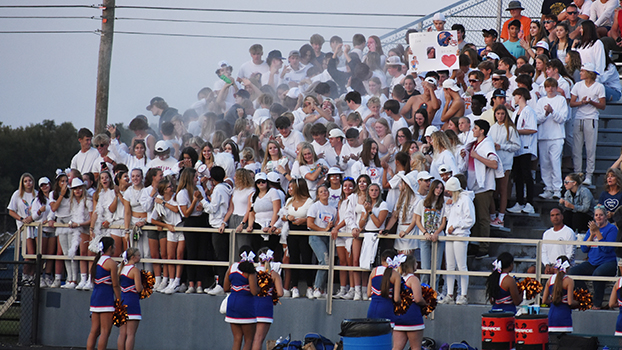 NILES — When you are taking on the best team in the Wolverine Conference, you need everything to go right in order to have any chance of pulling off the upset.

Just two plays into Friday night’s game against Edwardsburg, the plan went out the window as a fumble led to the first of many Eddies’ touchdowns in a 61-7 victory over the Vikings.

Edwardsburg’s Connor Ostrander recovered the Niles fumble at the Vikings’ 24-yard line. Five plays later, Ostrander scored and the rout was on.

The Eddies would score 27 points in the opening 12 minutes of the contest and took a comfortable 47-0 lead into the locker room at halftime.

“We were excited to play at the beginning,” said first-year Niles Coach Scot Shaw. “After the fumble, you could see all the air go out of us.”

Edwardsburg would continue to roll in the opening quarter as Jacob Walker scored on a 30-yard run before the Eddies scored back-to-back touchdowns just 13 seconds apart.

Jacob Pegura tossed a 41-yard touchdown pass to Logan McColley, who would pick off Niles quarterback Talon Brawley on the ensuing Vikings drive, which set up a 14-yard run by Pegura to stake Edwardsburg to the 27-0 lead.

The Eddies (3-0, 2-0 Wolverine) pounded the ball at a Niles defense that had allowed just six points in its first two games. Edwardsburg finished with 320 yards rushing, which made veteran Edwardsburg Coach Kevin Bartz very happy.

“Strike first. Strike hard,” Bartz said. “That is what we did tonight. Obviously offensively, we were dominant. Defensively we did a good job stopping the dive. We feel if we can force teams to go wide on us, that is where our strength is. We have a lot of speed on our edges.”

Bartz added that his team continues to improve each week.

In the second half, Patrick Szlanfucht, who led the Eddies with 62 yards rushing on three carries, scored on runs of 54 and one yard. Walker added a 47-yard touchdown, while McColley returned the second-half kickoff 92 yards.

Niles did put together one good drive, which resulted in a one-yard run by Dan Gaya in the third quarter.

“We made a point at halftime because at that point you know you are not going to win, let’s play with pride and play for next week,” Shaw said. “That is what we did after the game too. We literally just turned the page.”

The Vikings will host Three Rivers, which Shaw coached for many years and led them to the 2003 state championship. Edwardsburg will take on Vicksburg. Both are Wolverine Conference games that are scheduled to begin at 7 p.m.