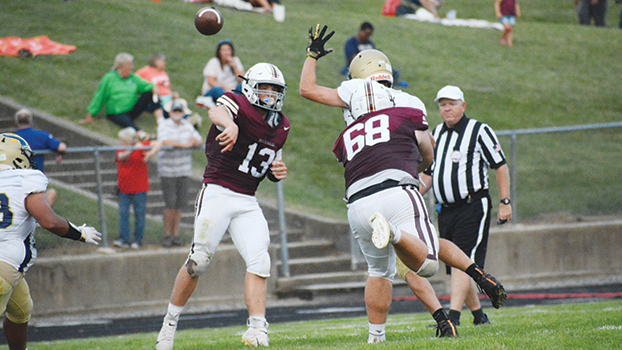 WATERVLIET — Two teams, who have had their fortunes flipped to start the 2021 season met on the gridiron Friday night.

Buchanan, which went undefeated in the regular season in 2020, dropped its second straight contest as host Watervliet made a late defensive stand to hold on for a 19-13 non-conference victory.

The Panthers, winners of two games in each of the last two seasons, improved to 3-0 with the victory. The Bucks are 1-2, with their lone victory being a forfeit by Hartford in Week 1.

Watervliet scored on a trio of Tyson Williams touchdown passes — one of 79 yards to Chase Tremblay, one to Kaiden Bierhalter, which covered 11 yards, and a 20-yard toss to Wyatt Epple.

Buchanan’s touchdowns came on a 1-yard pass from Conner LeGault to Jack Ruth in the second quarter, and a Nico Finn 2-yard run in the fourth quarter.

Buchanan will try to get back to its winning ways Friday night as it travels to South Haven for a BSC Athletic Conference contest. Kickoff is set for 7 p.m.