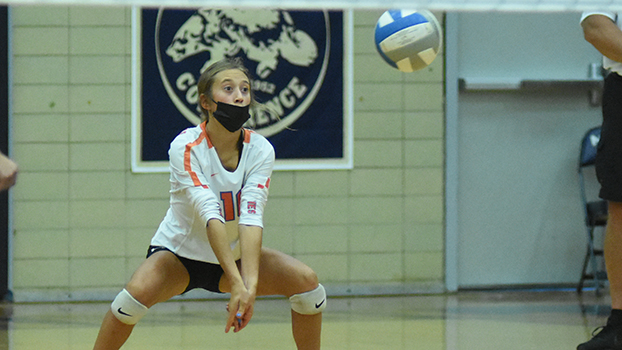 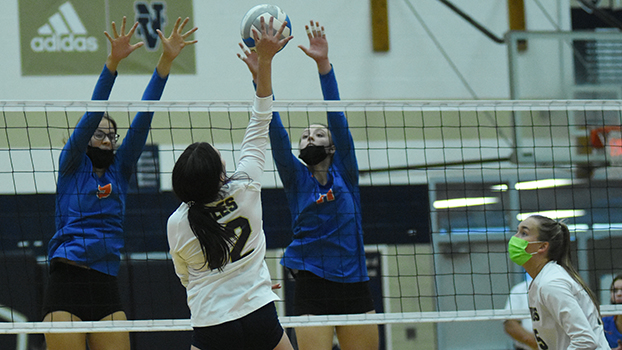 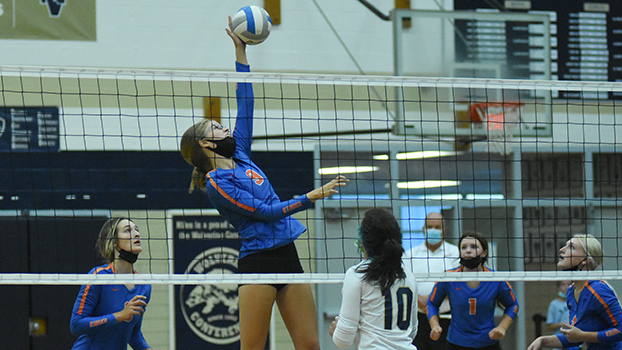 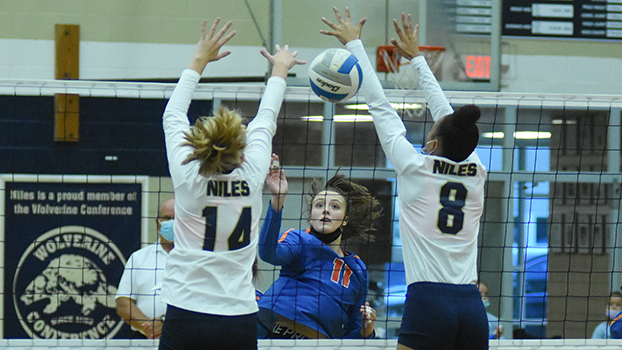 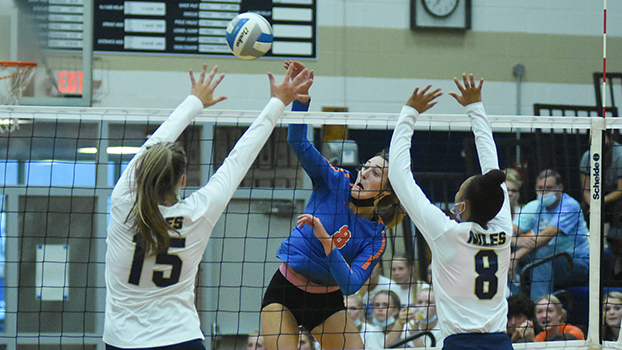 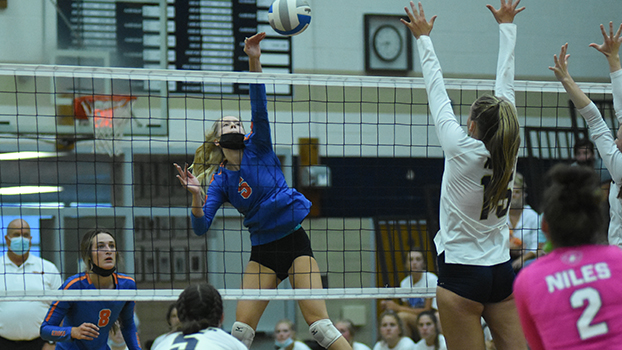 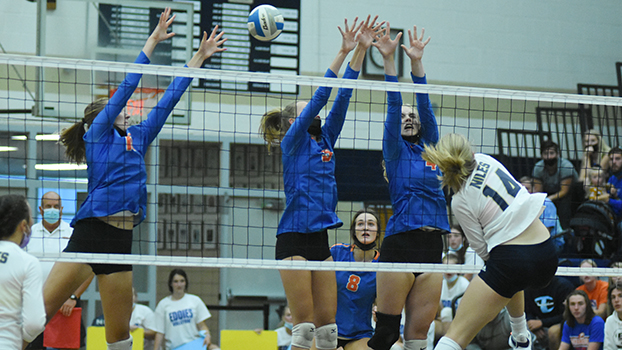 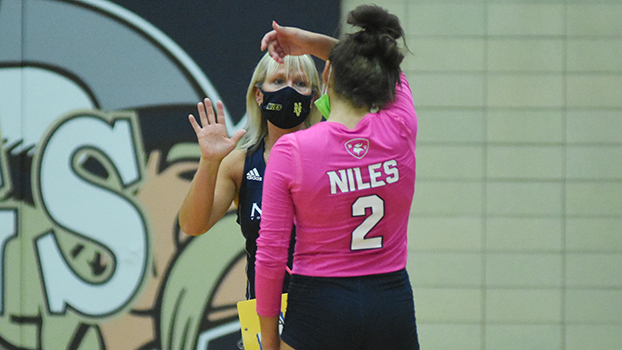 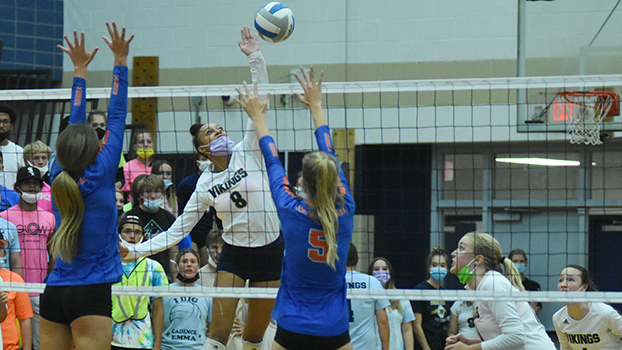 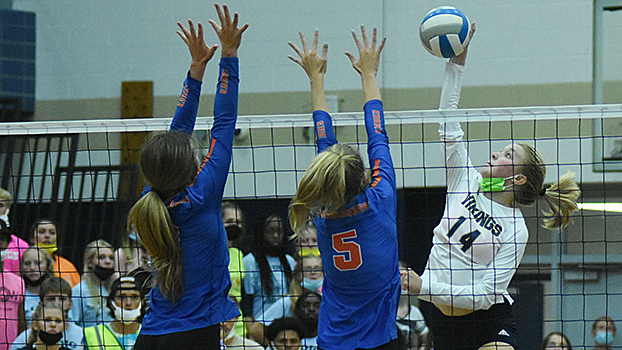 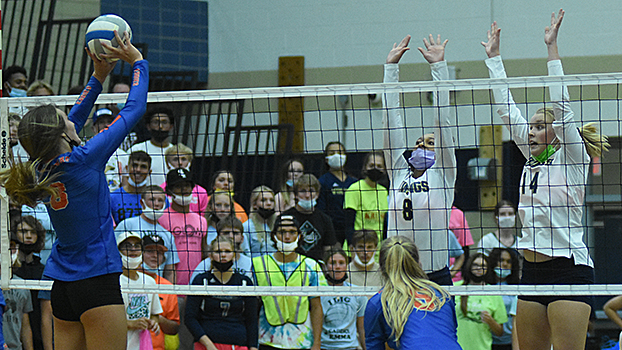 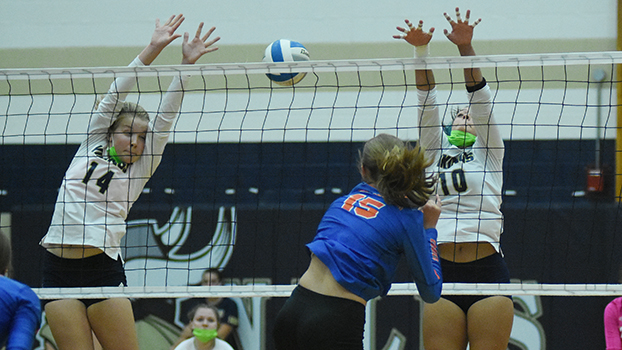 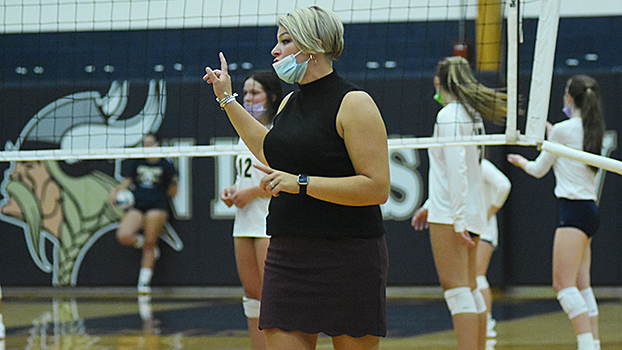 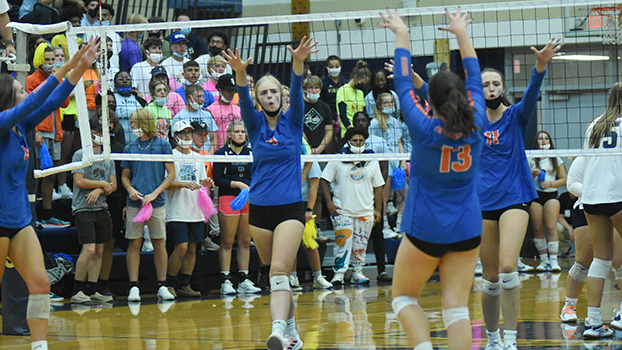 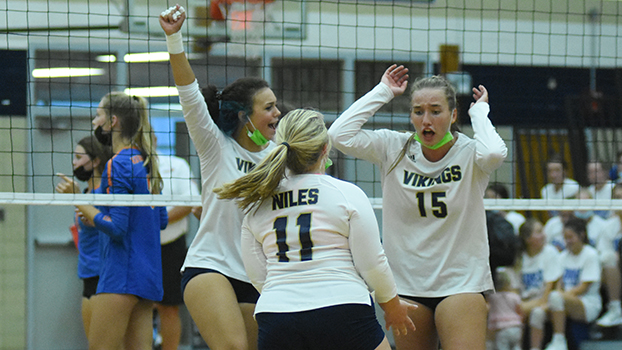 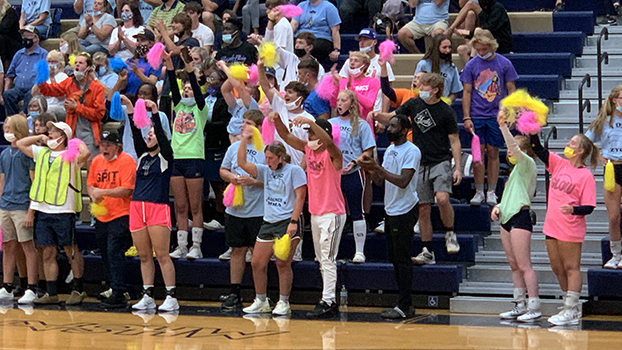 NILES — Focus and desire have been two key elements for the Niles volleyball team this season.

The Vikings, who are ranked No. 10 by Prep Dig, made sure that despite not having played in nearly a week, that their focus and desire were matched with intensity against defending Wolverine Conference champion Edwardsburg Thursday night.

Niles may have gotten off to a slow start in the opening set, but when the Vikings found their groove and shifted their play into high gear, the result was a 3-0 sweep of the Eddies and a stop atop the conference standings.

“We were really able to work together in all aspects of our game and improve the scores each set. We tightened up our block in the second set after adjusting to their hitters, which helped us capitalize defensively,” said Niles Coach Jenny Nate. “Our hitters were putting the ball down from all three spots, our setters did a great job mixing up the sets, and our defense did a phenomenal job on serve receive, allowing us to run our offense. These girls truly put 100 percent into practice, and they know the importance of striving to make daily improvements so that we continue to take it up a level each week.”

Edwardsburg had its chances to take the opening set, but the Vikings started to dominate the net play in the closing stages and pulled out a 25-23 win on a kill by Amara Palmer.

For veteran Eddies’ Coach Nikki Bush, it was about her team continuing to put the pieces together after heavy graduation losses.

“We just have a whole new team this year,” she said. “Usually, with varsity, the ones playing on the court, you are only filling one, two or three spots on the floor. I have an entirely new lineup except for an outside [hitter], so I mean it really is just about getting used to new rotations and the speed of the game. It is just a new group.”

Bush agreed that it would have been better for the Eddies to take on Niles later in the year, but would not use that as an excuse for the loss.

“It would be great, but you still have to beat them when you play them,” she said.

Niles junior middle hitter Jillian Bruckner said her team was ready for the challenge. She said the Vikings have looked forward to the match-up for quite some time.

“We have been preparing for this since we played them last time at the Gull Lake Invitational,” she said. “Most of our practices have been about where we can go besides tipping and where we can hit and just where we could score points strategically.”

Nate also stressed that her team spent a lot of time trying to figure out who to best attack the Eddies.

“Our focus during the past week was to balance our offensive scoring, tighten up our serve receive, improve our overall block, play clean ball, and increase point win margins against opponents,” she said. “We accomplished that goal tonight.”

Both Bruckner and Nate agreed that a quick start was important against Edwardsburg, especially since the team had not competed since its win against Allegan on Sept. 1.

“It was tough, but we have done it a lot this year,” Bruckner said. “It is just kind of what we are used to at this point. This is just how we do it.”

Nate liked how her team was able to shake off any rust from not playing quickly.

“It was very important, and we utilized our practices well,” she said. “So, in that first set, we knew coming out that is was going to be entirely on our offense to put the ball down tonight. We have to spread it out, because when other teams watch us, they know what to expect. I am really proud of our team because for the last week and a half, that is all we did. Everybody has to score. Everybody has to take responsibility, and this has to be a team effort.”

Despite the loss, Bush has seen growth in her team and is looking forward to what the rest of the season has it store.

“I feel like we have a lot of talent,” she said. “We are just trying to put it all together. We have a tall block. We usually have some offense, although not today, and our defense is pretty solid. I think this year we have the strongest serve-receive we have ever had.”