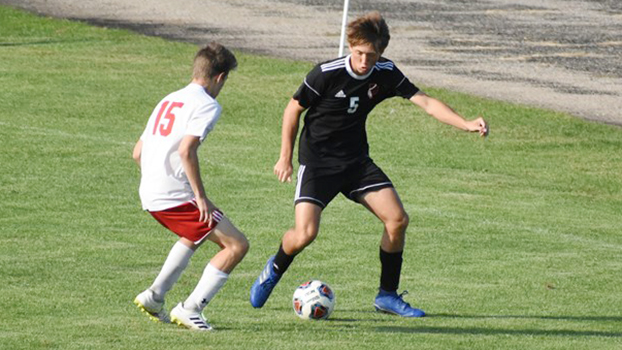 The round-robin tournament will include Watervliet and Cassopolis.

The Chieftain Invitational was canceled last year due to COVID-19. In 2019, Dowagiac defeated Bangor 5-1, blanked Lawton 8-0 and shut out Cassopolis 5-0 to win the championship.

On Saturday, the Chieftains will open play against Watervliet at 10 a.m. before the Panthers take on Cassopolis at approximately 11:30 a.m.

Dowagiac and the Rangers will wrap up the round-robin with a match scheduled to begin at 1 p.m.

The winner will be decided by head-to-head competition. If there is a tie, the least amount of goals allowed will be the first tiebreaker, with most goals second being the second tiebreaker. If needed, the quickest goal score will decide the champion.

Matches will consist of 30-minute halves. There will be no overtime if matches are tied at the end of regulation. Teams will immediately go to a shootout.

There will be a 10-minute break between matches.

Dowagiac (5-2) will come into the match having dropped its Wolverine Conference opener at Vicksburg Wednesday night. The Chieftains were defeated by the Bulldogs 3-1.

The match was tied 1-1 at halftime.

Cole Weller scored the lone goal for Dowagiac off an assist from Noah Green.

“We got beat to the ball throughout the game, which took away our opportunity to cover counterattacks,” said Dowagiac Coach Mike Williams.