DOWAGIAC — People across Michiana recently cast their votes to honor the memory of a local barber gone too soon. 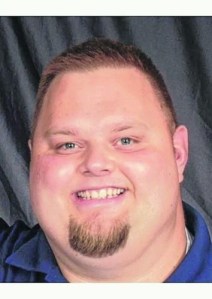 Last week, Brandon Truitt, the late owner of Tru Barbers in Edwardsburg, was named the Best Barber of 2021 in Leader Publications’ Best of the Best contest. Brandon was voted the winner by community members, beating out barbers from across the Michiana region.

The win was awarded posthumously, as Brandon, of Dowagiac, died unexpectedly of natural causes on May 13. He was 34.

“We are really overwhelmed and so grateful to all the people that came to his funeral to support us, and now for him to win Best Barber — what an amazing tribute to our son,” said Brandon’s mother, Judy Truitt. “This is such an honor.”

“As a family, we are all so proud, and we want to thank the community for the outpouring of condolences and prayers during this tough time,” added his father, Kent Truitt.

The social media campaign to have Brandon named the Best Barber of 2021 was launched by Pat Bakeman, owner of Bakeman Barbers in Dowagiac. Brandon started his career working with Bakeman, and the two developed a years-long friendship. Bakeman said he knew Brandon was worthy to be named Best Barber and believed that having him win the award would be a fitting tribute.

“When Brandon passed away, I couldn’t think of anyone who would be better to get [the Best Barber award] than him,” Bakeman said. “This is bittersweet because he’s not with us, but I can say that I’ve never been happier to be a runner-up.”

According to those who knew him well, Brandon poured his heart and soul into his work and helped better the community one smile — and one haircut — at a time.

“Brandon loved being a barber and loved everyone,” Judy said. “He wanted to become a barber because he said, ‘where else can I make a living talking to people young and old and watch ESPN on TV.’ … His customers always became his friends, and were just like family. He could always get them talking and laughing. He was very compassionate and had an infectious sense of humor.”

“He loved the community, and he loved what he did,” Kent added. “He drew from a large area. He had customers from Edwardsburg, Cass, Niles, Dowagiac, Three Rivers, Elkhart, Mishawaka, and South Bend.  He had a really good clientele.”

“Brandon was one of those rare people who never had any enemies,” Jeremy said. “He got along with everyone he came in contact with, and he just loved people — he loved being around them, talking to them, learning from them. He always thought a good talk and a fresh haircut could change anyone’s outlook on whatever they were going through.”

As a fellow barber, Bakeman said he was aware of just how much of an impact Brandon made in Edwardsburg.

“Barbers are a sign of a good community,” he said. “If you have a good barbershop, you usually have a thriving community, and Brandon was doing a great job there in Edwardsburg.”

Though the Best Barber award could never fill the hole left by Brandon’s death, his family said they were moved by the community’s votes and wanted to thank everyone for supporting him.

“It’s just an overwhelming response,” Jeremy said. “As his family, we are just blown away by the outpouring of support and really humbled by the response. I think it is a testament to the number of lives he touched.”

“[Brandon] would be overwhelmed and grateful, just like we are. We are so appreciative,” Judy added. “We want to thank everyone who voted for Brandon and a special thank you to Pat Bakeman, of Bakeman Barbers, for getting this whole thing started. Once again, we are so honored and proud. Thank you so much.”