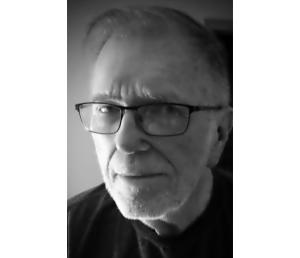 Laurence Michael Fitzgerald, 92, formerly of Buchanan, Michigan, Father, grandfather, great-grandfather, runner, bicyclist, Honorable Veteran, and “Always a Marine, Oorah!”, died peacefully Friday evening, Sept. 3, 2021, with his family gathered around his bed at the home of his daughter, Sheila and son in law, Wayne Porter, in Mishawaka, Indiana following an extended illness. His family is grateful for the kind and compassionate care provided by the hospice staff.

He was born on June 19, 1929, in New Orleans, Louisiana to Jameszine (Buckley) and Lawrence Fitzgerald, and attended Warren Easton High School, New Orleans, graduating in 1947. He enlisted in the United States Marine Corps on June 27, 1946 — just eight days after his 17th birthday and served at Camp Lejeune, North Carolina. He continued his education at Louisiana State University and A&M College. After coming to Michigan, he was employed in the business office of the former Pawating Hospital in Niles (now Spectrum Lakeland Hospital – Niles) as a credit manager.

Larry was a member of Saint Mary Catholic Church in Niles. He enjoyed painting, especially in (watercolor, oils, acrylic, etc.) and typically (still-life, landscapes, portraits, etc.). Perhaps from his Marine experience, he had a great appreciation for exercise. He jogged and ran regularly, and competed in 5K and 10K events. He also participated in bicycling, and organized bicycle tours.

On April 7, 1951, in New Orleans he married the former Patricia A. Gernon. Larry and Tricia celebrated the remarkable Sixty-first anniversary of their wedding prior to her death on Oct. 7, 2012. He was also sadly preceded in death by a daughter, Kathy Maslowski, and by Larry’s sister, Jameszine Funderburk.

The Catholic Funeral Rite for Laurence Fitzgerald will be read at 11 a.m. on Saturday, Sept. 11, 2021, at the Halbritter-Wickens Funeral Home, 615 East Main Street in Niles by Deacon Roger Gregorski of Saint Mary Parish. Committal will follow at Calvary Cemetery in Niles, and will conclude with the Veteran’s Flag Presentation and “Taps” by the United States Marine Corps Honor Guard. The most current health guidelines will be practiced. Others may witness the service via the livestreamed broadcast on the Halbritter-Wickens Facebook page: facebook.com/halbritterwickensfuneralservices.

The family will receive relatives and friends beginning at 10 a.m. on Saturday at the funeral home. Online condolences may be left at: halbritterwickens.com.

Larry clearly loved people, both fellow runners and cyclists, and especially his wonderfully large family. But he was also a dedicated servant, obvious by his voluntary military service, and by his career of helping patients to pay for their necessary care, but also by his willingness to plan events for like-minded athletes. “Semper Fidelis” – Always Faithful: to his country, those around him, his family, and his God.