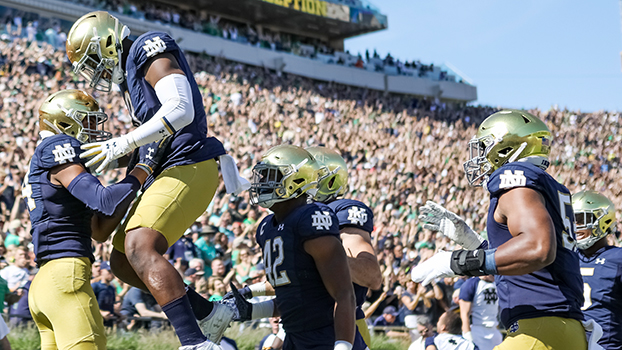 The No. 8-ranked Notre Dame Fighting Irish will open the home portion of its schedule against Toledo Saturday. (Leader file photo)

NOTRE DAME, Ind. — Week two of the college football season will feature non-conference games for Notre Dame and Michigan, while Michigan State steps away from conference play for its home opener.

The No. 8-ranked Fighting Irish will play its first-ever game against the Mid-American Conference’s University of Toledo Saturday. Michigan will play host to the University of Washington, while the Spartans will face Youngstown State.

Here is a quick look at all three games: