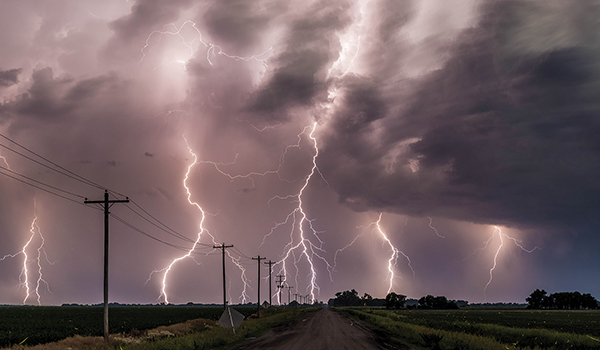 NILES — An approaching storm system could bring with it heavy rain and strong winds to Michiana.

The National Weather Service has issued a Severe Thunderstorm Watch to several counties in the area, including Berrien and Cass.

According to weather.gov, a severe thunderstorm by definition is a thunderstorm that produces one-inch hail or larger in diameter and/or winds equal or exceeding 58 miles per hour. The size of the watch can vary depending on the weather situation but are usually issued for a duration of four to eight hours.

A Severe Thunderstorm Watch is issued by the NWS when conditions are favorable for the development of severe thunderstorms in and close to the watch area. They are normally issued well in advance of the actual occurrence of severe weather.

During the watch, people should review severe thunderstorm safety rules and be prepared to move to a place of safety if threatening weather approaches.