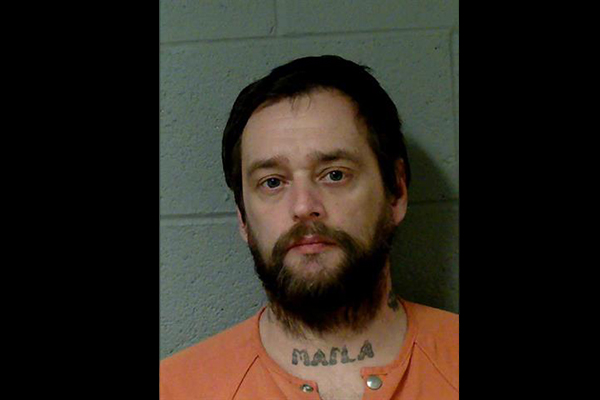 CASSOPOLIS – An Edwardsburg man who got into a shootout with another vehicle on Barron Lake Road late last year will spend the next year in jail.

John Davis, 47, of Grille Avenue in Edwardsburg, pleaded guilty to discharging a firearm from a vehicle, carrying a concealed weapon and assault with a dangerous weapon and was sentenced to one year in the county jail with credit for 30 days already served. He must pay $1,894 in fines and costs.

Davis was out on bond at the time of Friday’s sentencing and was ordered by Cass Circuit Judge Mark Herman to turn himself into the Cass County Jail later Friday.

The plea agreement, which called for a minimum of a year in jail, also dismissed other charges. Those charges included assault with intent to murder, discharging a weapon from a vehicle causing injury, assault with intent to do great bodily harm less than murder, felony firearm and lying to a police officer.

The incident occurred Dec. 19 on Barron Lake Road in Howard Township near Niles with police receiving calls that people in two vehicles were shooting at each other on the road. A person in the other vehicle suffered a bullet wound to the chest.

“Police received conflicting stories but it looks like it was a drug deal gone bad,” Judge Herman said. “The other people snatched marijuana away from your girlfriend and she called you. You jumped in your vehicle and pursued them. … You’re lucky people were not killed and you could have been easily killed too.”

“Selling drugs is not a smart thing to do,” the judge added. “Often the people you’re involved with are not honest and often come armed. They normally come with a way to enforce the drug deal.”

“This looks to be situational,” he said. “It’s not the smartest thing you’ve ever done but you seem like a decent individual and you’re old enough to have learned your lesson. But if I see you back here on drug or weapons charges, the sentence will be prison. I hope you learned your lesson, you could have been looking at manslaughter if someone had died.”

Cass County Prosecutor Victor Fitz called it a very troubling matter. “This certainly was an extremely disturbing incident, it was just inches away from multiple fatalities,” he said. “It’s one thing to keep track of a person who robbed you, but not to exchange gunfire. He should have called police and let them take care of it.”

Fitz noted that the plea agreement didn’t preclude a prison sentence and he asked for a sentence of two years in prison. “This is not a tv program, it’s not a play,” he said. “He could have killed somebody.”

Defense attorney James Jesse noted that the police report indicated that 16 shots were fired at Davis and he returned two shots. He said Davis has no criminal history and has been back at work supporting his family and making house payments since getting out of jail.

“I understand what I did was wrong,” Davis said. “I went about it the wrong way. I hope you see that I’m not a bad person. I’d like tether or work release so I don’t lose my house and so I can take care of my family.”

Judge Herman said tether was not possible under terms of the plea agreement and Michigan Department of Corrections officials said that work release is not being offered during the pandemic. Fitz also objected to work release if it was possible, saying it would send a “terrible message” that he almost killed somebody and got work release.