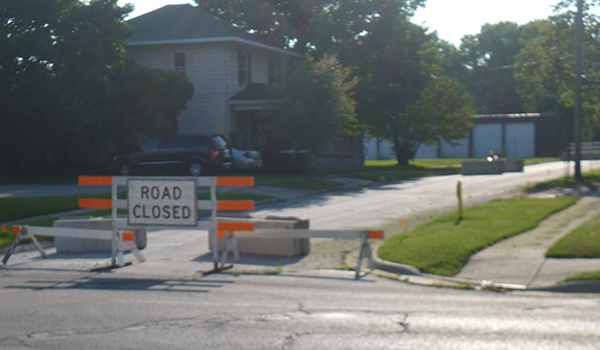 BUCHANAN – It did not take long for Buchanan City Commissioners to decide who they want to make Third Street infrastructure repairs. After a special meeting Monday to hear from the two bidders on the project, commissioners took only a half hour to accept the bid from Selge Construction of Niles.

Selge was awarded the contract for the work although their bid was higher than the one submitted by Green Construction of Buchanan. Mayor Sean Denison noted that the two bids were only $20,000 apart for most of the work, with Selge at $281,000 and Green at $260,000.

It was their estimates for replacing manholes where the bids greatly diverged. Denison said Green had put down $6,000 for that work while Selge said it would cost $43,000. Both bids had included replacing the four-inch sewage pipes with eight-inch pipes.

Scott Riley of Selge said their bid was higher because they expect that it will be a “several day process” to complete the manhole part of the project. Mack Green of Green Construction said their bid was lower because he doesn’t think the manholes will be that difficult to do. He said it would have to be a “totally unforeseen circumstance” to cost much more.

Last week, commissioners had delayed awarding the contract when they had questions about the two bids received. They questioned the wide disparity between the two bids and wanted to make sure the bids were pricing the same items and met the city’s specifications.

The storm sewer on a 300-foot long section of Third Street off of Red Bud Trail collapsed in late June after heavy rains and is yet to be repaired. The street has remained close for two months as city staff has worked to gather information on what has to be done and solicit quotes.

Monday, commissioners questioned both Green and Selge, but quickly settled on Selge as the company they preferred. The vote was unanimous from the four commissioners in attendance and City Manager Heather Grace said absent commissioner Larry Money also favored Selge.

Denison said he meant no disrespect to Green, but he felt Selge knows more and has more experience and ability to do this type of project.

Green did not challenge the commission’s decision after the vote, but did ask about the process and why the commission didn’t give bid totals. He said the project wasn’t bid out “apples to apples” with plans and specifications set out. Grace said the city didn’t have an engineer to do a formal request for bids but that both firms were given the layout of the work needing to be done.

Grace said the city has enough money in the water-sewer and local street funds to cover the cost of the project. The work is expected to start by mid-September depending on getting state permits for the work and being able to get the materials needed.

Another piece of news came at the end of the meeting. When former commissioner Dan Vigansky questioned whether the commission was setting a precedent by allowing Green to appear via Zoom for the meeting, Denison said city staff are working to upgrade equipment in City Hall to once again allow people to attend meetings virtually. That could come as soon as September.