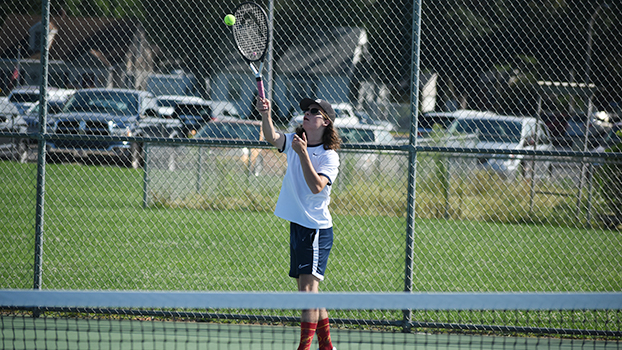 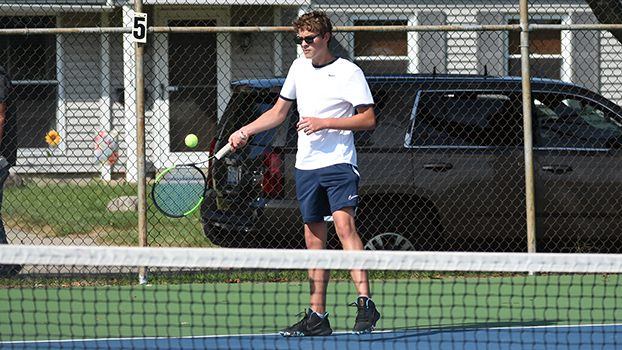 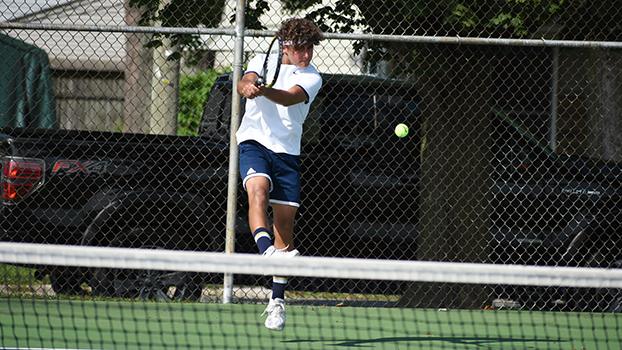 The Vikings won their matches at No. 1 singles, No. 1 doubles and No. 4 doubles.

“The team played well today,” said Niles Coach Jill Weber. “We have a lot of new players that are feeling out their positions and making transitions. They want to get better and are willing to put in the work. At No. 1 singles, Huck Coffee played smart with a significant win of 6-0 and 6-2. At No. 1 doubles, Aiden Krueger and Ty Elms had a strong victory as well 6-2 and 6-3.”

Niles’ other win came at No. 4 doubles with Elais Babler and Jackson Podlin defeating Ryan Fielbrandt and Kysen Krishnaswamy 6-1 and 6-2.

The Bulldogs dominated the other three singles flights, but the remaining two doubles flights were both good matches.

Wyatt Mitchell and Rylan Custard lost to Tommy Houseman and Spencer Shearer 6-2 and 7-6 at No. 2 doubles, while Justin Russo and Dakota Schneider lost in three sets to Isaac Madalinski and Ricky Amos 3-6, 6-1 and 6-4.

The Vikings are back on the court Wednesday as they travel to Plainwell for another Wolverine Conference match. Play is scheduled to begin at 4 p.m.