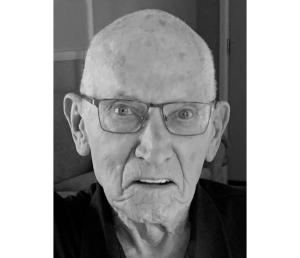 Don was born on Oct. 21, 1928, in Toronto, Ontario, Canada to Lorne and Kathleen Flewelling.

After growing up in Toronto, Don went on to serve in the U.S. Army Airborne. He was honorably discharged in 1947 as a Veteran of World War II.

On April 10, 1948, Don married the love of his life Betty Burdett, who proceeded him in death in 2007. He brought his family to the United States in 1953, upon being transferred by the New York Central Railroad to Niles, where the two settled and raised their children.

Following his time with the railroad, Don worked at the United States Postal office. He then was a maintenance mechanic for many years at National Standard, where he retired from in 1982.

Don enjoyed carpentry and fishing and was a fan of the Detroit Tigers and Michigan State Football. He was also an avid coffee drinker.

No matter the activity, Don loved to be around people and had a heart of gold. He shopped weekly at Aldi for non-perishable food items to donate to the Salvation Army. Throughout the years, Don ate meals at the Old Tavern Inn, where he had his own table and the waitstaff knew him well. He was a member of the Wesley United Methodist Church (now known as New Journey) in Niles.

Don was preceded in death by his parents, wife, son-in-law, Craig Bradfield, his daughter, Lois Randolph, and his brothers, William and Earl Flewelling.

The funeral service for Donald Flewelling will be at noon on Monday, Aug. 30, 2021, at the Halbritter Wickens Funeral Home, 615 East Main Street in Niles with the Rev. Nathanael Lyon of Hope Community Church officiating. Burial will follow with Full Military Honors by the United States Army Honor Guard and American Legion Post #51 in Buchanan, Michigan.

The family will receive relatives and friends on Monday at the funeral home beginning at 11 a.m. Contributions in memory of Don may be made to Shriners Hospitals for Children, c/o Processing Center, PO Box 863765, Orlando, FL 32886, or online at shrinerschildrens.org.

Online condolences and messages to the family may be made at halbritterwickens.com.