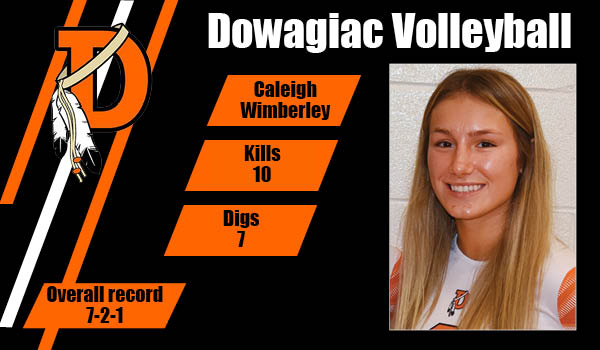 The Chieftains won 3-1 over the Bulldogs, who in 2019 were the co-champions of the conference. Vicksburg finished fifth last year.

“Vicksburg is a good program with great coaching, so to beat them on the road is a nice accomplishment for us,” said Dowagiac Coach Tony Hooley.

Hooley said there were moments in the match that could have swayed the outcome either way.

“The girls made a couple of sets interesting, but in the end, they pulled out the ‘W,” he said. “I’m proud of their resilience and mental toughness tonight. They could have folded during a couple of rough patches, but they didn’t.”

Dowagiac is back in action Wednesday as it hosts Plainwell in a Wolverine Conference match slated to  begin at 6 p.m.