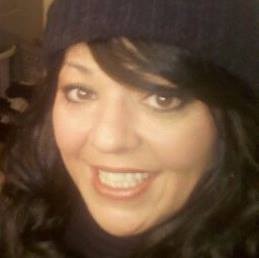 Her life began July 28, 1966, to Lawrence and Joyce Kulesia of Fort Myers, Florida. the youngest of three children. She graduated from Ross Beatty High School in Cassopolis, Michigan.

Karen owned/operated Ambience Hair Designs for over 16 years. She had a flair for hair. She was an avid Yankee and SYU Orangemen’s fan. She loved her Jeep she called “Sunshine” and her bulldog Tank. Her pastimes included lots of DIY home projects. She was a beautiful soul with a heart of gold that would drive miles to support her family and friends and was always up for a good adventure.

Karen is survived by her only son, Ian Shreve, of Rochester, New York; a brother, Michael Kulesia, of Granger, Indiana; one sister/her best friend, Stacie/Ronnie Stark, of Dowagiac; one nephew, Garrett Stark, also from Dowagiac; and her beloved bulldog Tank. She will be greatly missed by family and friends.

Arrangements have been entrusted to R. Schepp Funeral Home in Minoa, New York. A private celebration will be with her family at a later time.