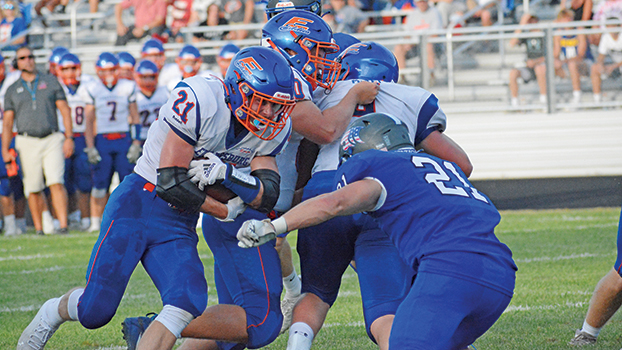 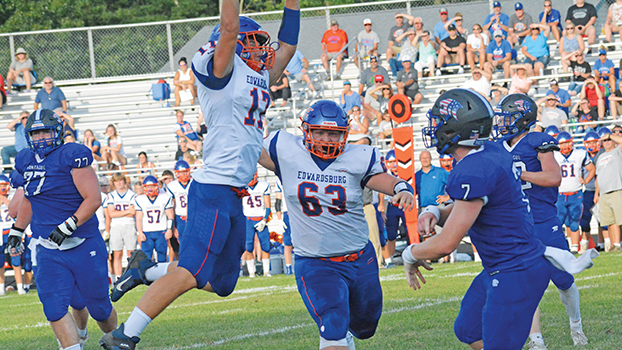 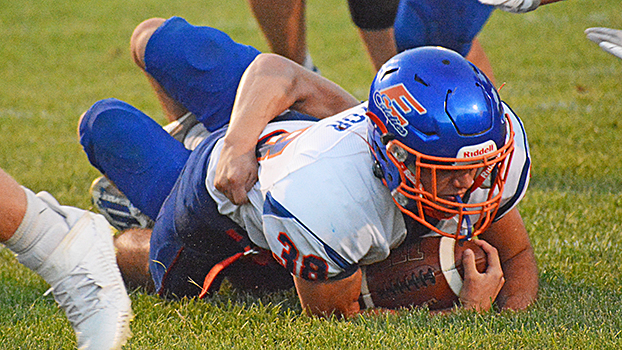 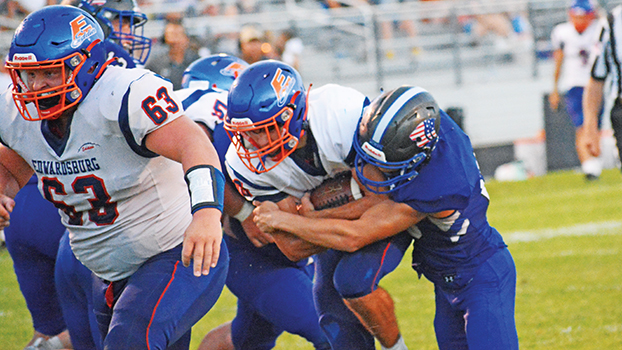 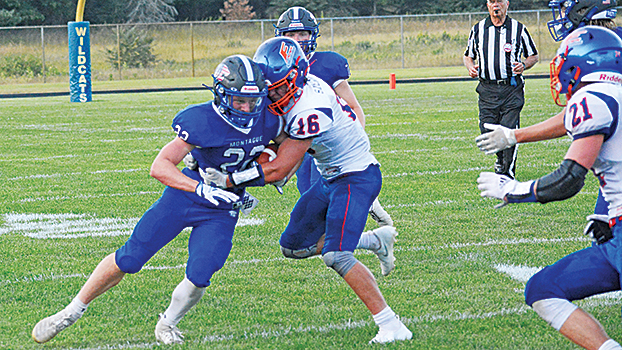 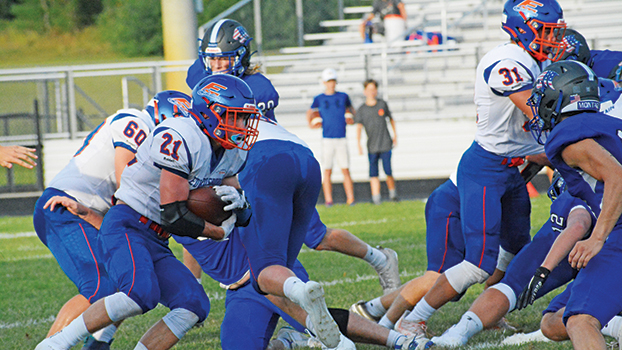 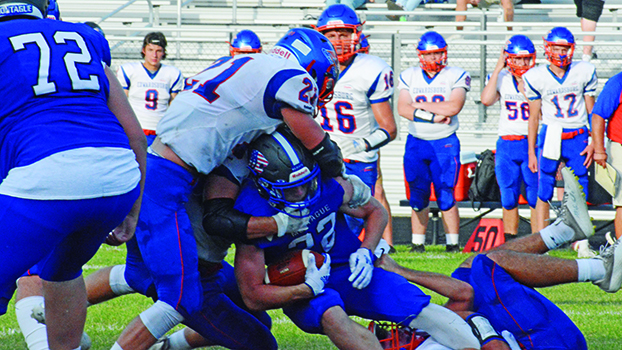 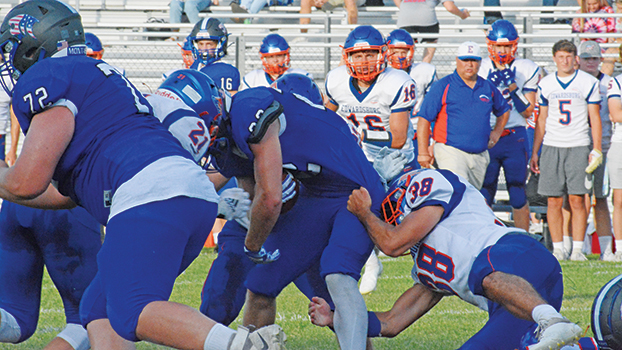 The Eddies made the two-hour trek to Montague and defeated the defending Division 6 state champions a 38-0 in their season opener Thursday.

Edwardsburg’s win snapped a 12-game win streak for the Wildcats, who finished with a 12-0 record last season, culminating in a state title win. The loss was the program’s worst since a 44-0 loss to Oakridge in 2014.

“I thought we played good football,” Bartz said. “We didn’t play great football. We didn’t get some adjustments on offense or defense, but we never broke on them on either side of the ball.”

Connor Ostrander and Logan McColley got the party started for the Eddies with 1-yard and 17-yard touchdown runs to put Edwardsburg up 14-0 at the end of the first quarter.

Quarterback Jacob Pegura connected with Jacob Walker for an 84-yard touchdown pass to give the Eddies a 21-0 lead in the second quarter before a 24-yard Trevor Houseworth field goal gave Edwardsburg a 24-0 halftime lead.

In the third quarter, a pair of McColley (2 yards) and Prior (18 yards) touchdowns capped the game’s scoring. Montague had a chance to get on the board late when it made it deep in Edwardsburg territory, but the Eddies’ defense forced a turnover on downs at the 9-yard line with just over three minutes remaining in the game.

Edwardsburg outgained Montague 370-197 in total offense, including a 262-122 advantage in rushing yards.

Pegura completed 2-of-3 passes for 108 yards and one touchdown. Brett Allen led the Eddies in rushing with 75 yards on four carries, while McColley tallied eight carries for 45 yards and two touchdown runs. Mikey Pryor and Ostrander each tallied a short-yardage touchdown, and Jacob Walker added 52 yards on seven carries.

On defense, Brenden Seabolt led the Eddies with 5.5 tackles, and Allen added 4.5, while Ostrander tallied two tackles and a sack.

“We need our seniors to step up and make sure that we respond the right way,” said Montague head coach Justin Dennett. “We can’t be pointing fingers at each other. We need to come together right now. This sucks, but hopefully, we can face this adversity and respond in a positive way so that it doesn’t affect the rest of the season.”

Montague (0-1) aims to regroup Sept. 3 against North Muskegon. With a win in tow, Edwardsburg (1-0) shifts gears to Three Rivers Friday, Sept. 3, which managed to edge Paw Paw 36-34 in its season opener.