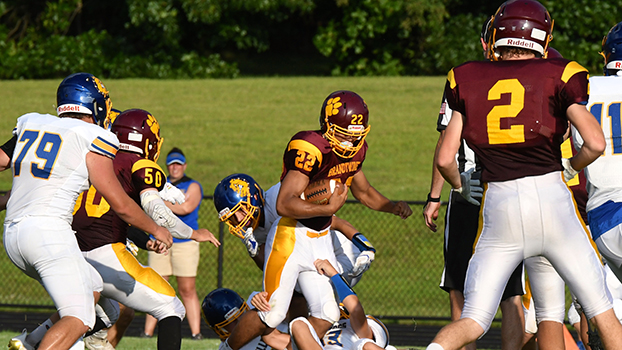 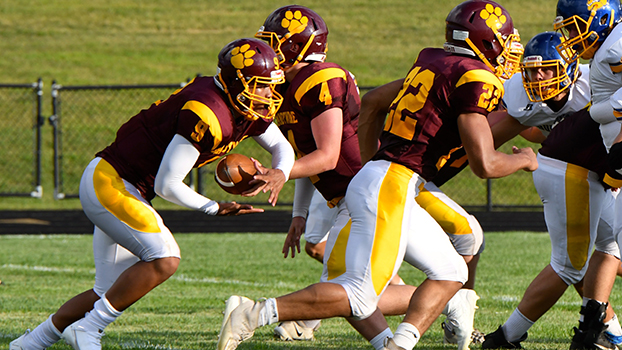 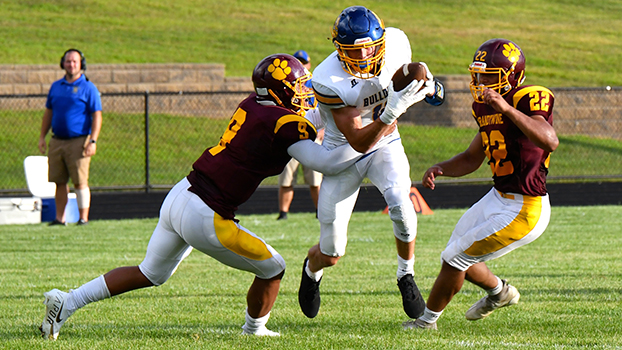 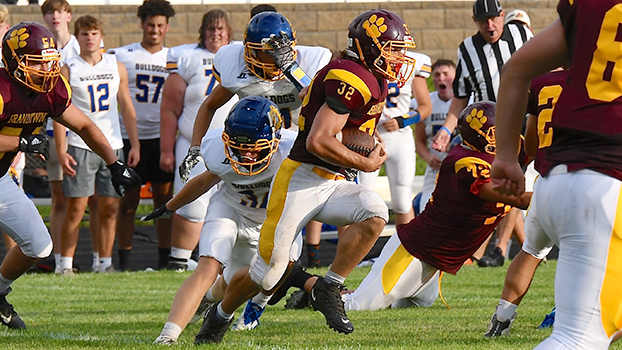 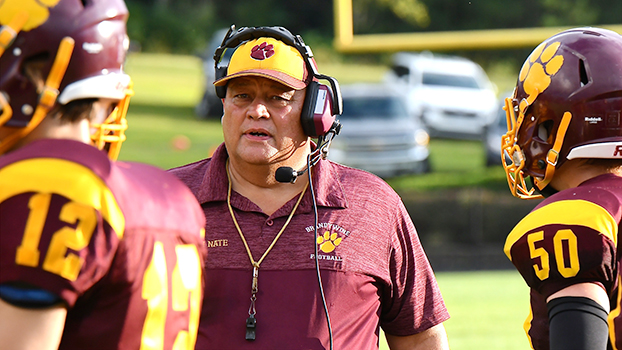 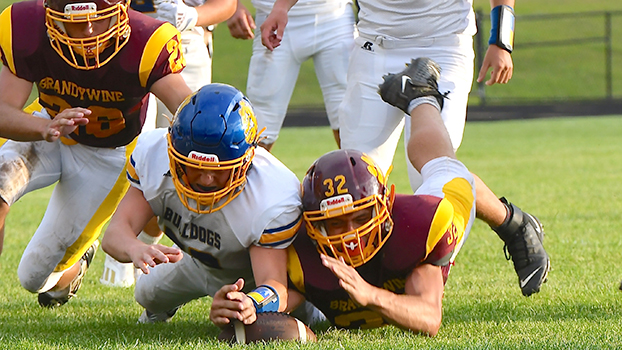 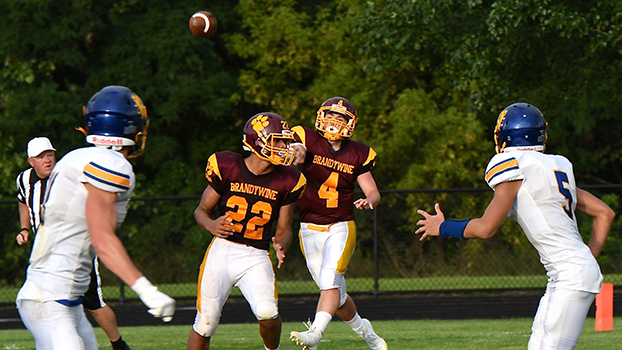 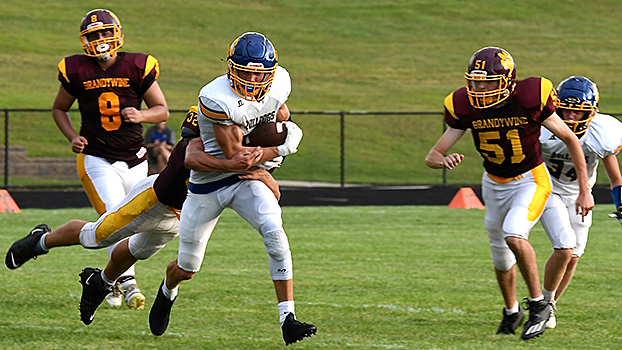 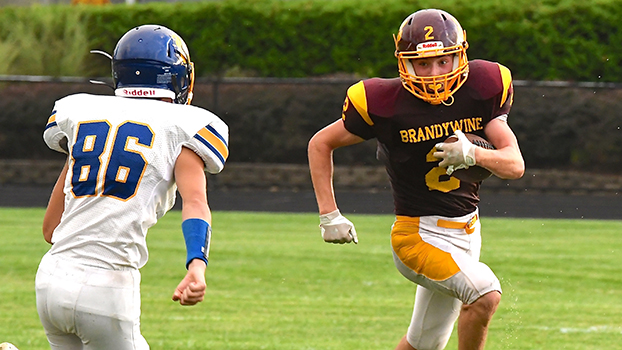 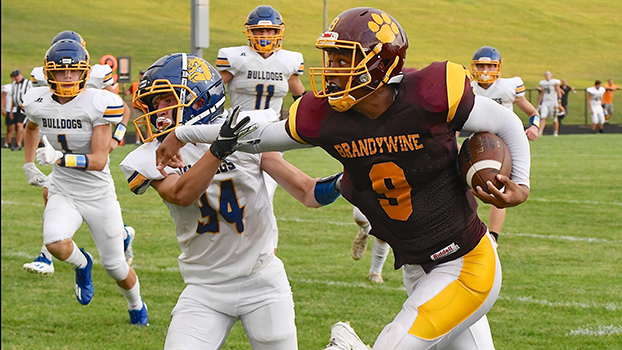 NILES — With the defending Division 8 state champion Centreville Bulldogs coming to town, the Brandywine Bobcats knew it would be a dogfight Thursday night.

Nearly identical in total yards and a close game throughout, the Bobcats started the 2021 campaign on a high note with a 38-32 victory.

The Bobcats were the first on the scoreboard as with 3:18 remaining in the first quarter, Ivory McCullough scored on a 38-yard run. From then on, it was evident the Bobcats had the edge in the trenches.

The offensive line, anchored by Bradley Huber, Jesse Marlin, Wesley Marlin, Phillip McLaurin, Connor Sobecki and Brock Vaughn did not stop there. They continued to open gaps for McCullough to score on runs of 56 and 64 yards, all in the first half. He ended the night with 26 rushes for 257 yards and three touchdowns.

McCullough was not the only Brandywine running back to have a good night. The Bobcats’ other back, Michael Palmer, put his name on the scoring sheet with touchdown runs of 13 and 1 yard. He finished the night with 17 rushes for 110 yards and two touchdowns.

Altogether, the Bobcats were able to total 393 rushing yards against a Bulldog defense that only gave 29 points all of the last year on their way to the state title.

“Krueger deserves a game ball as well,” Nate said. “He did a great job tonight starting and made some big plays on 2-point conversions that helped the team. I’m very proud of the work that he has put in.”

The successful 2-point attempts proved to be the ultimate difference in the final score. Both teams traded touchdowns the entire night, with Bobcats successful on 4-of-5 conversions, while the Bulldogs were 1-of-5.

The Bulldogs had a chance to make the game interesting on their final drive. A Bobcats’ penalty on fourth down gave them new life and a quick 20-yard pass set up a final play from 35 yards out. Centreville quarterback Jacob Sakinas attempted a “Hail Mary” but was ultimately intercepted by Palmer as time expired.

“Man, what a game,” Nate said. “I don’t even know where to start. We gave them a chance at the end, but we will take the victory and be happy about it. We have some work to do in certain areas, but we got the win.”

Brandywine also beat Centreville in their last meeting in 2014 with a 67-35 victory. The Bobcats are 12-7 all-time versus the Bulldogs. The last time Centreville beat Brandywine was in 2008.

Brandywine next travels to Cassopolis, which defeated the Schoolcraft Eagles 20-19 on Thursday night. The game has moved from its scheduled initially Thursday date to Wednesday due to a shortage of officials. Kickoff will also be at 7:30 p.m. instead of 7 p.m.