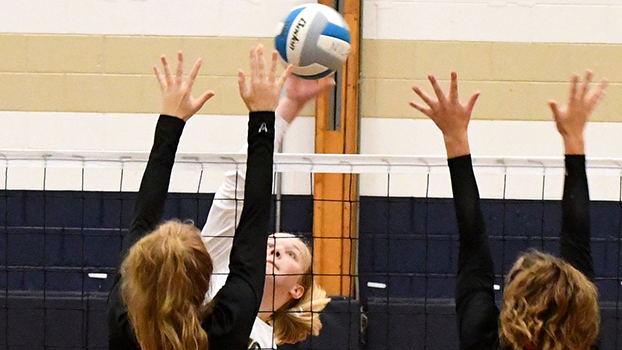 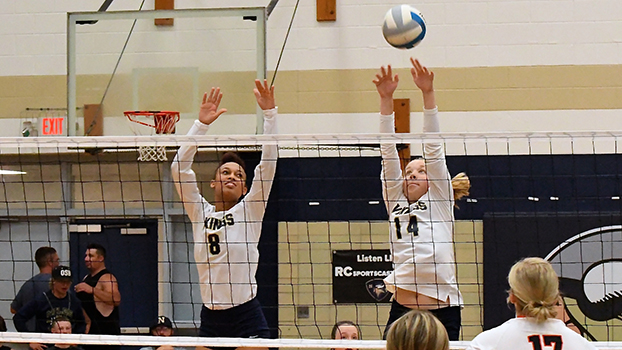 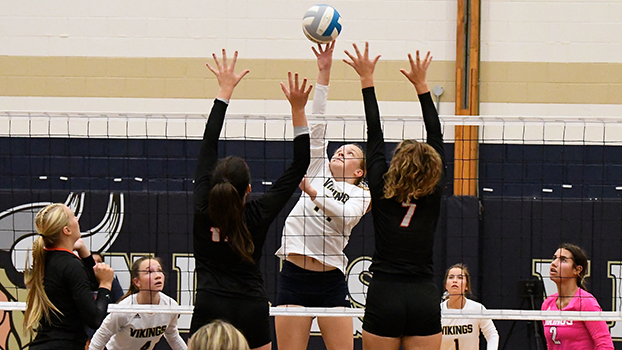 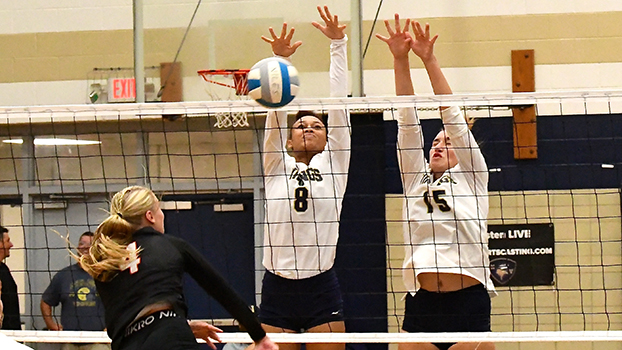 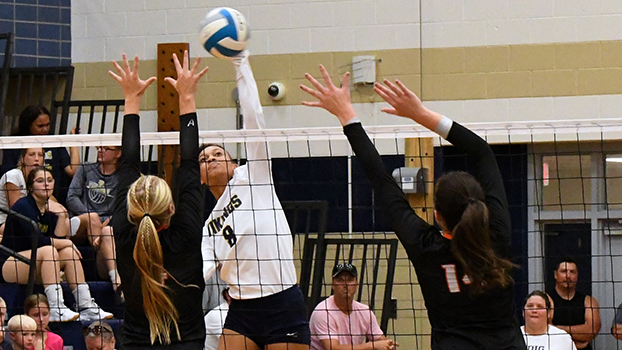 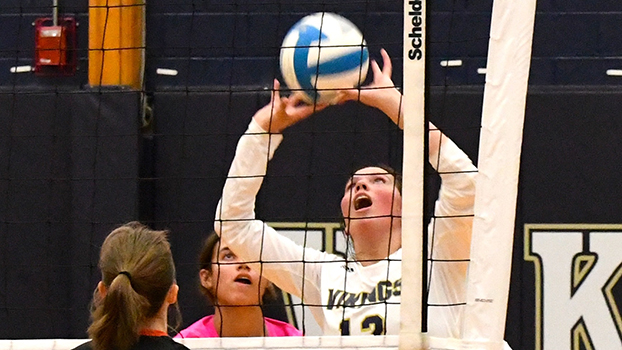 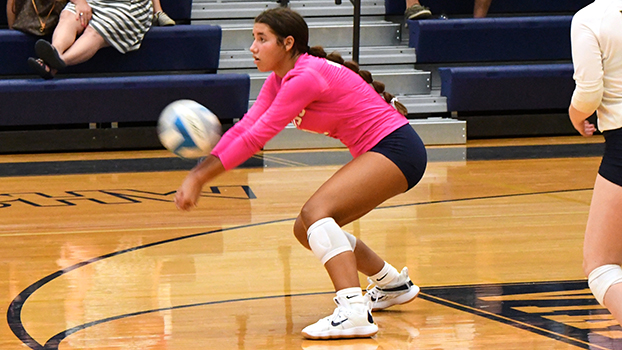 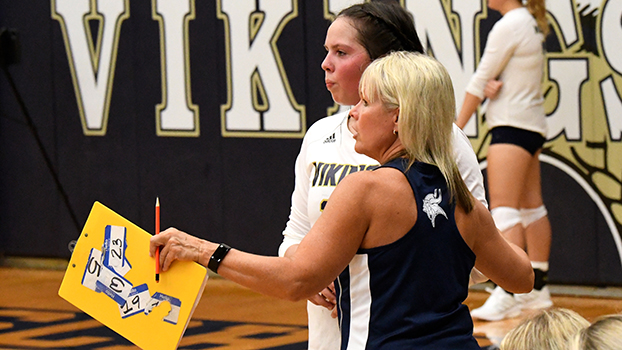 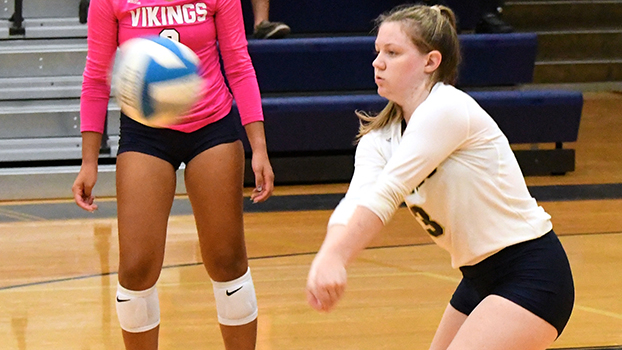 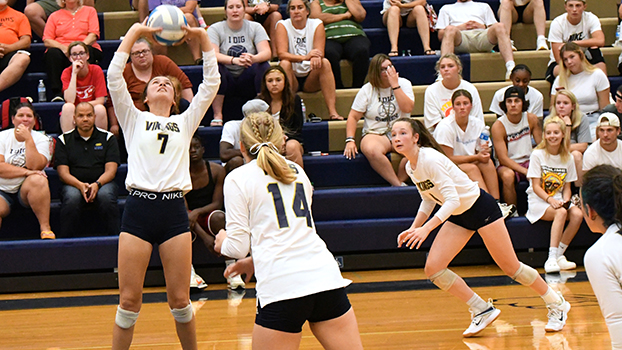 NILES — Playing in its third conference in three years has not affected the Niles volleyball team whatsoever.

Neither has playing in four tournaments and its first dual match as a member of the Wolverine Conference in six days. The heat has had little effect on the Vikings as well.

Niles made its Wolverine Conference debut with a sweep of visiting Sturgis in a muggy gymnasium that forced several short delays due to a wet floor from sweat. The Vikings defeated the Trojans 25-23, 25-18 and 25-16 to improve to 15-4 overall and 1-0 in league play.

“It was great to be on our home court tonight after four away matches/tournaments/quads since last Friday, and it was so fun to see our team get to have fans,” said Niles Coach Jenny Nate. “I knew that they would come out a little jittery the first set with the excitement of our first home match, but once they relaxed and got rolling, they steadily widened the score gap each set which was our team goal.”

The nerves really showed in the opening set as the Vikings struggled to gain control against a game Sturgis squad, which was trying to spoil Niles’ debut. In the second set, Niles shook off the nerves, leading 19-9 before the Trojans made a late run.

It was the same in the third set as the Vikings opened up a big lead before Sturgis rallied to make the final score a bit more respectable.

Nate was able to get every player available on the floor at some point during the win, which is the goal early in the season. The veteran Viking coach learned last year during COVID-19, that you never know when you will lose someone.

“It’s also always a great night when we get a big win and our entire team plays and contributes,” she said. “Tonight, when our outside hitter [Chloie Alkire] when down with an injury, we were able to put someone right in, and the energy does not change. The court chemistry does not change. That is what we have worked the hardest on. If COVID taught us anything last year, [it] is you have to focus on your depth. You have to replace players, and you have to win. There are no excuses.”

Niles seniors Marika Ruppart and Cadence Knight were happy with the win and ready to face the challenges of a new conference.

“It has been exciting to change conferences so many times and still play to our ability in each one,” Ruppart said. “We were really excited for this first home game. We came out and performed and it was a good night.”

Ruppart said that the schedule so far has been challenging, but the team is used to playing high-caliber squads.

“We play so many good teams and high-level teams in tournaments that we just need to play at our level. If we do that, I think we can beat any team,” she said. “[The heat] has been intense for sure. I am a little tired, but I am proud of the girls. We played to our level, and we are looking forward to having some practice time.”

Knight agreed with Ruppart that the conference would not change the focus of the team.

“It felt pretty good,” she said about the opening night victory. “I think [the Wolverine Conference] will challenge us a little bit more, make us play a little harder and make us better. It is so hot, but we are playing through it and we are playing well.”

Matches are scheduled to begin at 9:45 a.m., but may begin earlier.