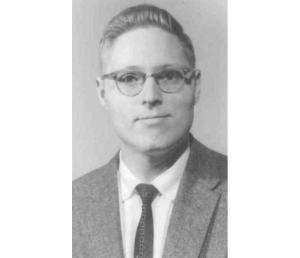 Raymond H. Basore, 83, of Niles, passed away peacefully on Tuesday, Aug. 24, 2021, at Riveridge Rehabilitation and Healthcare in Niles.

Raymond graduated from Technical High School and furthered his education attending Anderson College where he received a bachelor of science degree. On June 29, 1957, he was married by his father-in-law, Rev. Schrock at his church in Monroe, Michigan to Darla Mae Schrock with whom he celebrated the 62 anniversary of their wedding prior to her passing on July 2, 2019. He came to Niles in 1972 with his wife, and they opened the “Good News Shop” Christian bookstore which they owned and operated in several locations in Niles for more than 40 years. The bookstore was more than a business for Raymond; it was a continuation of his ministry to others.

Raymond was a faithful member of Michiana Christian Embassy for many years. Prior to owning the bookstore, Raymond pastored the Buchanan Church of God for five years as well as taught school including several years at Moccasin Elementary in Buchanan. He was an avid reader and enjoyed learning and frequent visits to the Niles Public Library.

He is preceded in death by his parents; his wife, Darla Basore.

Funeral services will be held on Saturday, Aug. 28 2021, at 11 a.m. at Michiana Christian Embassy, 1922 E. Main St. in Niles, with Pastor Jeffrey Whittaker of the church officiating. A time of visitation will begin one hour prior to the service at the church. A private committal service will take place at Silverbrook Cemetery in Niles. The services for Raymond will be livestreamed, on his page, at our website.

Memorial contributions may be made in Raymond’s memory to Michiana Christian Embassy.

Memories of Raymond may be left for his family at BrownFuneralHomeNiles.com.

Raymond will be fondly remembered for his faithfulness to God, his steadfastness in helping others and love for his family.

Raymond Basore, 83, of Niles, passed away Tuesday, Aug. 24, 2021, at Riverridge Manor. Arrangements are pending and entrusted to... read more