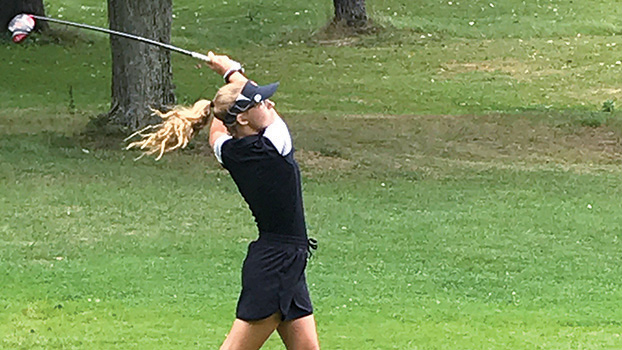 DOWAGIAC — The Wolverine Conference opened up league play Tuesday with Dowagiac defeating host Vicksburg and host Edwardsburg falling to Allegan.
The Chieftains, led by medalist Calley Ruff’s 43, shot 209 as a team. The Bulldogs finished with a team total of 216.

“It’s a good way to start the conference season,” said Dowagiac Coach Bob Turner. “There are a lot of teams in the conference capable of shooting in the low 200s, so we should have some close matches in the coming weeks. We have Plainwell tomorrow [Wednesday] at Indian Lake and they are the favorites heading into the season. We will need to dip under 200 to stay with them.”

Besides Ruff, Dowagiac got a 48 from Rebecca Guernsey, a 55 from Anna Ironside, a 63 from Carlee Spagnoli and a 64 from Cora Wegner.

“We had three players tonight play in their first varsity event,” he said. “They did pretty good. Carlee Spagnoli had her best round tonight. Calley Ruff struggled at times, but rebounded well to shoot 43, best round of the night.”

Dowagiac and Plainwell will tee off at 4 p.m.

The Eddies’ Chloe Baker tied the Tigers’ Zoe Bronkema for medalist honors with a 45.

“Tough day for both teams,” said Edwardsburg Coach Steve Wright. “We played well in stretches. Our one and two both started strong, but then had some tough holes down the stretch. I am really excited for this team. I think there is a lot of potential. We just need to be more consistent.”