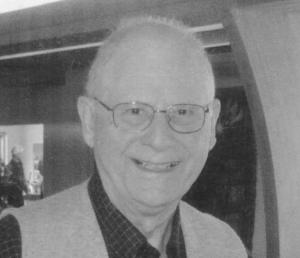 Ray was born on July 28, 1928, to the late Renatus “Ray” and Thelma (Cook) Hein in Clinton, Iowa. After graduating from Clinton High School in 1945 Ray enrolled in the University of Indiana where he earned his bachelor’s degree. Education was Ray’s passion. He was a science teacher and loved sharing his knowledge with his students. Ray later went on to enroll at Notre Dame University and in 1961 he was awarded his master’s degree.

In 1949, Ray wed Dolores “Dory” Fuson and together they had two sons, Ron and Randy. Dory passed away and in 2008 he wed Char at a ceremony in Clinton, Iowa and the two moved to Michigan. Ray enjoyed spending his time watching his grandchildren grow into young adults, golfing, time in his garden, and putting puzzles together. Ray was a longtime member of Faith United Methodist Church in Buchanan.

He was preceded in death by his parents, Ray and Thelma Hein; wife, Dolores Hein; and wife, Char (Burkert) Hein.

Ray has been cremated and will be interred at Clinton Memorial Park in Iowa.