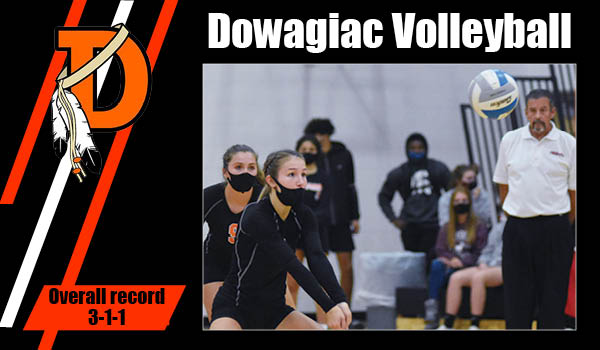 “It was a good start to our season,” said Dowagiac Coach Tony Hooley. “We served well, our veteran outside hitters played extremely well, and our blocking has improved. We need to continue to work on our passing accuracy, which will help our setters with their consistency and with our offense out of the middle.”

“Megan Davis and Caleigh Wimberley had tremendous performances all around and are great athletes to coach,” Hooley said.