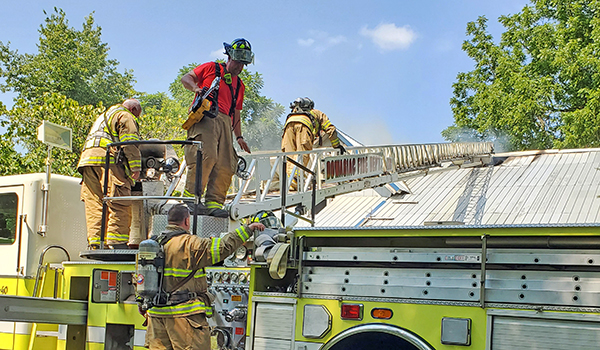 The Central Cass Fire Department was called to the scene of a fire on White Street in Cassopolis around 12:12 p.m. Friday. By the time first responders arrived on scene, all occupants had been evacuated from the home.

According to Assistant Fire Chief Oliver Fiala, the fire started when the homeowner attempted to kills bees on the property with a flaming device. At this time, Fiala said it is impossible to determine how much damage was caused to the home.

As of 3 p.m., departments were still working to extinguish the flames, though at that time Fiala said crews were wrapping up.

“It was hard to reach the scene of the fire due to the metal roof and the layout of the house,” he said. “We are pretty much out, but there is still some fire.”

“We have many departments out here, so I just want to say ‘thank you’ to them,” Fiala said.