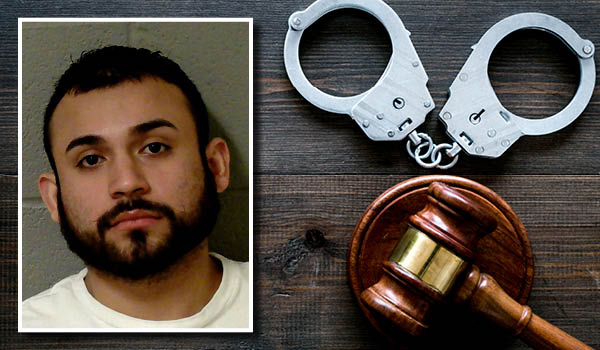 Ricardo Lucio Jr., 23, of Telegraph Street in Dowagiac, pleaded guilty to attempted accosting children for immoral purposes and was sentenced to five years’ probation, credit for one day served, $3,558 in fines and to register as a sex offender.

The incident occurred in March 2020 in Dowagiac. Lucio was a staff member with the Dowagiac schools and had inappropriate contact with a 14-year-old female student. He hugged and touched her in school. He also contacted her outside of school and asked her to send him nude photos.

The victim spoke before the sentencing and said she had finally gotten the confidence to tell others of Lucio’s actions.

“I kept quiet. I didn’t think anybody would believe me,” she said. “I’ll never be able to look at myself the same way. I’ll never regain the confidence I had and my family will never see me as happy as I was.”

Defense attorney Lanny Fisher noted that Lucio has moved on and now has a good job in Elkhart.

“This is going to require sex offender registration, and that is something that will stay with him and be a reminder of this behavior for a very long time,” he said.

Lucio apologized for his past behavior.

“My behavior was incredibly inappropriate,” he said.

Cass County Circuit Judge Mark Herman said that the 14-year-old victim acted more like an adult than Lucio did.

“It’s a good thing she was adult enough to realize this was inappropriate,” he said. “If she had had sex with you, you would be looking at a prison sentence.”

“You’re playing with fire,” the judge added. “If you don’t change your interest in underage girls, plan on a long term behind bars.”

“We dealt with the situation to the best of our ability with the information we had at the time,” he said. “We cooperated with police when this situation was brought to our attention.”