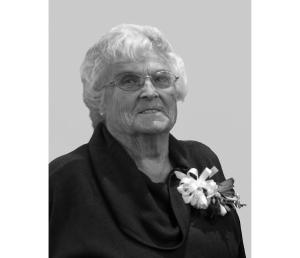 Betty’s greatest passion was her family. Her hobbies included hunting, playing cards and watching the Detroit Tigers. She also enjoyed attending any extra activities that the children had. She was a sweet and loving gentle soul who made everyone feel like family and treated you as such. You were greeted at her home as if you were family and always welcomed for a meal of which she prepared many. She will be greatly missed by all, but carried in our hearts forever.

Betty also worked outside of the home at Reneberg Hardware in Cassopolis and as a bus driver for more than 20 years between Union City and Cassopolis Public Schools.

She was preceded in death by her parents; one son, Gary Mack; and one granddaughter, Tracy Baker.

Please join family and friends in a gathering Sunday, Aug. 29, 2021 from 2 until 4 p.m. to celebrate the life of Betty by sharing memories and telling stories in Connelly Chapel Wagner Family Funerals, 202 North Broadway Street, Cassopolis. Following the gathering Betty’s remains will be laid to rest in Sherwood Cemetery in Sherwood, Michigan.

The family prefers contributions in memory of Betty be made to Cass County Medical Care Facility, 23770 Hospital Street, Cassopolis, Michigan 49031.