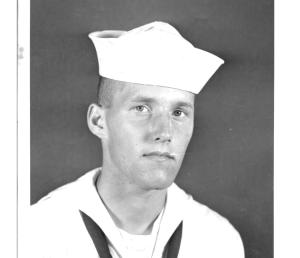 Buddy was born on July 19, 1943, to Everett Laverne Robbins Sr. and Betty Noreen Robbins in Springfield, Illinois and was the oldest of four children. He was a graduate from Niles High School in Niles, and served in the Navy from 1961 to 1967, being honorably discharged as a veteran of the Vietnam War.

Buddy was a retired Machinist Supervisor and enjoyed working part-time at his church, Grace Church of Granger, Indiana, where he enjoyed many friendships.

On July 20, 1964, in Niles, he married the love of his life, Sandra Jean (Rhoads) Robbins, with whom he recently celebrated the 57th anniversary of their wedding. Buddy loved his two sons, and especially loved camping, hiking, biking and roughhousing with his grandchildren where he lovingly endured many scrapes, bumps, and bruises while trying to keep up. It was rare for Buddy to miss any kind of event for any of his grandchildren, whether far or near. In fact, Buddy’s last venture out of his home was to be at his granddaughter’s birthday celebration on Aug. 3. His family meant the world to him.

Buddy was preceded in death by his father and mother, and his sisters, Wanda and Teresa.

The family will receive relatives and friends from Noon to 1 p.m. on Friday, Aug. 20, 2021, at Halbritter Wickens Funeral Home, 615 E. Main St. in Niles. A funeral service for Buddy Robbins will be at Halbritter Wickens Funeral Home in Niles on Friday, Aug. 20, 2021, at 1 p.m., with Rick Wood of Awaken Chicago Church officiating. Committal will follow at the Silverbrook Cemetery in Niles and will conclude with Naval Military Honors.

Contributions in memory of Buddy will be used to erect a new American flag in his honor at Clay Township Park where Buddy worked part-time maintenance and spent many hours walking with his wife and his best four-legged friend, Mocha. In lieu of flowers, contributions may be made to Clay Township Park, Buddy Robbins Memorial Flag, 18355 Auten Road, South Bend, IN 46637.

Condolences to the family may be made at halbritterwickens.com.