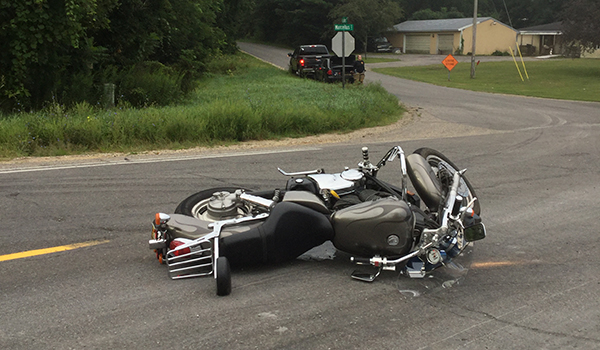 WAYNE TOWNSHIP — A Dowagiac man was transported to the hospital Wednesday following a motorcycle crash in Wayne Township, according to the Cass County Sheriff’s Office.

Sheriff Richard Behnke reported that his office responded to a two-vehicle crash at the intersection of Marcellus Highway and Twin Lakes Road in Wayne Township around 7:55 a.m.

According to the initial investigation, Kasey Proshwitz, 29, of Dowagiac, was eastbound on his motorcycle when Tony Danneffel, 55, also from Dowagiac, traveling south on Twin Lakes Road, began to enter the intersection. Danneffel said that Proshwitz was in a blind spot, and he did not see him. Proshwitz moved to avoid Danneffer and lost control of his motorcycle laying it down in the intersection.

Alcohol was not a factor, and Proshwitz was not wearing a helmet at the time of the crash, according to deputies.

Assisting at the scene was Dowagiac Fire and Police.

Berrien County Health Department to host back to school…