Return of Cass County Fair a success for officials, community 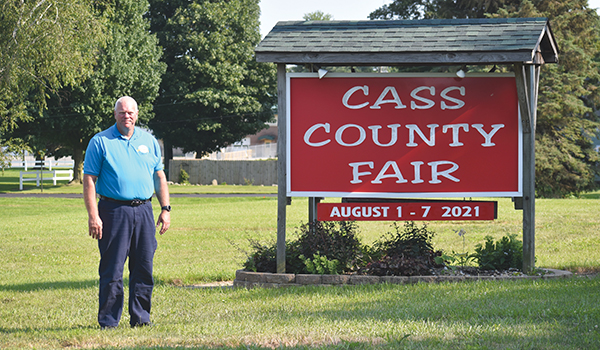 CASSOPOLIS — The Cass County Fairgrounds were put to good use during the first week of August.

The Cass County Fair said goodbye to this year’s festivities on Saturday, Aug. 7, and president Brian Kuemin was pleased with the results. From the crowd-pleasing grandstand events to the anticipated animal shows, Kuemin said the fair resembled fairs of old.

“I thought it went great,” he said. “It was great to see the community come out and support the fair. Attendance was great. We had plenty of people on the midway and food vendors and exhibitors showing projects. We received phenomenal support from the community in our livestock auctions.”

Last year’s fair was canceled due to the ongoing COVID-19 pandemic. While organizers were able to host a “show and go” event for area 4-H members, Kuemin acknowledged it was difficult and said the fair board was optimistic heading into this year’s fair.

“The fairs around the state that took place before our fair were reporting great attendance and lots of support,” Kuemin said. “We were thinking it would hold true for us, and it did.”

The fair took precautions with the potential spread of COVID-19 by installing handwashing stations and even offering Pfizer and Johnson & Johnson vaccines via the Van Buren Cass District Health Department to anyone who wanted to be vaccinated against COVID-19 at the fair.

According to Kuemin, attendance this year was on par with the attendance from two years ago.

“The community really came out,” he said. “It’s a testament to the community that they wanted to get out and do things. They certainly came out and supported the fair. It was like we never missed a fair, which was great. We had a lot of rain on Friday. We canceled the grandstand show, and we still came out really well. I think attendance was terrific.”

The fair has transformed over the course of its 170-year history, and Kuemin looks forward to its future.

“We want to keep the momentum going,” he said. “We’re trying to do more things than just the fair. We have a demo derby coming up in October on the grounds. We’ll have our Halloween Campout on the grounds where people can camp and kids can trick-or-treat. The fair has changed immensely in the 25 years I’ve been on the board. When I started, it was just the fair. Now, we’re doing a lot more things on the grounds, which is great. We want to be part of the community and utilize grounds for more than just fair week.”