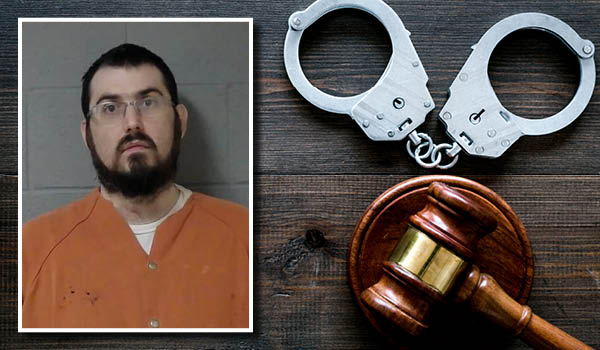 Gregory Allen Scofield, 41, pleaded guilty to first-degree criminal sexual conduct against a person under age 13 with the defendant 17 or older and was sentenced to 25 years to 50 years in prison. He has credit for 372 days already served and must pay $1,108 in fines and costs. He must register as a sex offender and agree to lifetime electronic monitoring.

The incidents occurred between 2011 and 2019 in Marcellus against two young victims who he molested and filmed with a secret camera. Police arrested him after receiving an anonymous tip that pornographic photos had been placed on a website.

Fitz said Scofield had made the victims “forever victims” by putting their pictures online.

“He allowed himself to sink so deeply into depravity,” Fitz said. “It’s just awful what he did … He is not the type of man we want to have in society.”

“He’s full of remorse and apologetic, he’s taken responsibility here and in federal court,” Feldman said. For his part, Scofield said he knows what he did was wrong and regret his actions every day.

“In my book, 25 years is not enough,” Cass County Circuit Judge Mark Herman said. “You are a vile human being. It’s surreal in the presentence report that you say you left your wife because she was crazy. If you can’t see who the crazy one is, I can’t help you.”

Other area residents received jail terms for drug and other charges.

The incident occurred April 25 in Edwardsburg after police were called about a man who appeared to be high on drugs. Police found him with drugs as well as knives, a loaded gun and ammunition. He also has pending charges in Elkhart County.

“I’ve had time to reflect on my life, I thank you for giving me time to sit in jail, dry out and decide what kind of man I want to be,” Miller said.

“You’re 27, if you don’t get this under control, this will be your life for the next 40 to 50 years,” Judge Herman said. “You’re going to be in and out of jail and prison. You’re letting drugs destroy your life.”

The incident occurred April 23 near the Subway restaurant in Dowagiac. He fled and then assaulted police trying to arrest him.

Judge Herman noted that Nickens has 11 felony and seven misdemeanor convictions. He has already spent five and a half years in jail and five more years in prison in his life.

Nickens said he knows it is time for him to grow up.

“I’m sorry and I hope I never see any of you again,” he said during his sentencing. “I’m trying to change my life. I messed up, I made a mistake, I was wrong.”

“You were given an opportunity in Adult Treatment Court and you failed to take advantage of it,” Judge Herman said. “I’m disappointed. Either you have to address your drug addiction or this is going to be your life. This will be the cycle you’re in over and over for the next 30 to 40 years.”

In a final sentencing, a Dowagiac man received probation for possession of meth.

The incident occurred April 12 in Dowagiac when a car he was riding in was stopped by police and drugs were found in the car.

“You’re 21 and heading nowhere in life fast,” Judge Herman said. “You began using marijuana at age eight and meth at age 11. If that isn’t a recipe for disaster, I don’t know what is.” 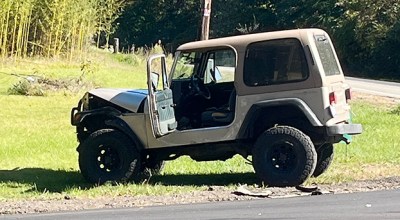