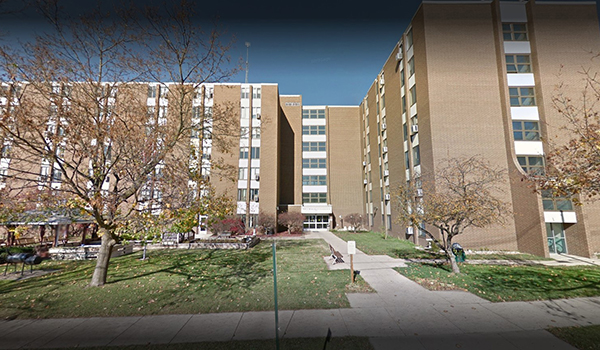 NILES — After months of concerns from residents, firm steps are being taken to modernize the elevators at the Niles Housing Commission.

The Niles Housing Commission is beginning the process of modernizing the two elevators that are used in its seven-story residential building at 251 Cass St., known as Gateway Plaza The high rise, built in 1968, serves as the home for 128 people in the downtown area. As the project involves federal funding, the Commission must observe all of the regulatory requirements of the U.S. Department of Housing and Urban Development in issuing a request for competitive bids, obtaining and reviewing bids, and awarding a contract based on contractor qualifications and bid amount.

The two elevators at the building, designed and built to meet code requirements of the 1960s, have become increasingly less reliable. The freight elevator has not functioned since midwinter of this calendar year and parts to repair it are no longer available.

While the residential elevator continues to work, it did shut down for a brief time in early June when the elevator doors were wrongly propped open for 20 minutes. According to housing commission officials, the sensor designed to close the doors overheated, and the elevator would not work until the sensor cooled off a couple of hours later.

“Commission staff were on hand for the incident and helped residents move up and down the two staircases as deemed appropriate,” said Lou Pierce, housing commission spokesperson. “Staff also assisted residents by obtaining needed items for them. NHC is pleased that its residents felt comfortable in reaching out to Gateway staff with the certainty that the staff would do all they could to assist and meet resident’s needs.”

The 53-year-old residential and freight elevators share common mechanical and electrical components – none of which can easily be found anymore, according to the housing commission.

Therefore, the decision to modernize the units is made out of concern for the residents, representatives said.

The decision to modernize the elevators will cost the Housing Commission at least $300,000 because new elevator equipment needs to be designed, fabricated and then installed.

That process cannot begin until the Commission receives responses to its Request for Proposals. The request process is expected to be approved at a special meeting of the Commission board on Wednesday. The HUD authorized RFP process typically takes two to three months before a contract award can be made.

“In the meantime, Commission staff will continue to work closely with residents in making the best of an inconvenient situation.,” Pierce said.