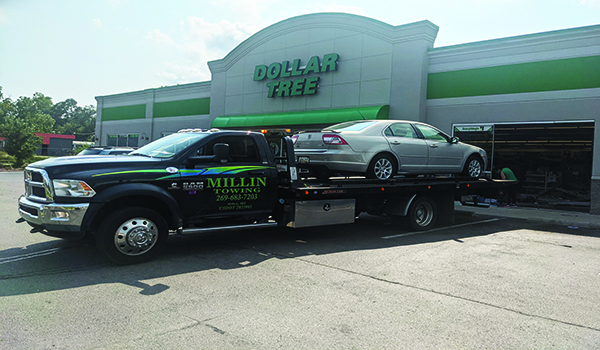 NILES — No injuries were reported Tuesday after a Niles woman crashed her vehicle into Niles Dollar Tree, 1202 S. 11th St.

The Niles Police and Fire Departments responded to the scene Tuesday afternoon, where they found a Sedan crashed through a large storefront window.

The incident left Dollar Tree shoppers and staff shaken up.

“There was a girl who saw the car coming through the window and screamed to her mother and her mother told her to run,” said Dollar Tree assistant manager Leilei Parker. “One of my employees had just been over in that area working, but she was out of the way. No one was hurt, which is the most important thing.”

Parker said that the store sustained significant property damage and will remain closed until further notice.

Millin Towing responded to assist with the removal of the car.

The cause of this incident is under investigation.

NILES – Brandywine School District is taking the next steps in hiring a resource officer for their K-12 schools. On... read more