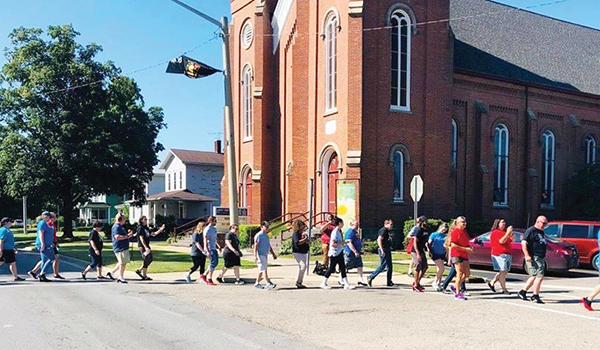 CASS COUNTY — A local nonprofit fighting to keep its doors open is reaching out to the community.

After losing the opportunity to apply for the funding of its services for the next fiscal year, Domestic and Sexual Abuse Services has left no stone unturned in its efforts to raise the necessary funds to keep its services afloat after October 1.

“We’re figuring things out and putting things in place,” said DASAS co-interim executive director Deborah Hackworth. “We’re trying to be a stable force for the agency. We realize the need for some things to change and a different approach to administration.”

Headquartered in Three Rivers, DASAS was founded in 1984 with the objective of leading efforts to end domestic violence and sexual assault in St. Joseph, Cass and Van Buren counties in southwest Michigan. It offers a number of services to domestic and sexual abuse survivors including a 24-hour crisis hotline, counseling, support groups, legal advocacy and access to housing and financial assistance, in addition to many other services.

“When people think of DASAS, they think of the shelter,” Hackworth said. “But that is only one part of what we do.”

The bulk of DASAS’ funding has historically come from the Victims of Crime Act Grant, or VOCA. The federal/state funding from the VOCA grant would have totaled more than $600,000.

Now without it, DASAS lost roughly 80 percent of its operating budget for the 2022 fiscal year.

“The grant application didn’t get turned in,” said Dan Moyle, DASAS board member. Now we have to figure out how to raise funds another way. Whether it’s the shelter or non-residential services, all of it was funded by this grant. Our clients are going through traumatic events and we don’t want them to have to worry about costs. The grant pays for those services and pays our staff. The loss of this grant cuts our legs out from under us.”

Hackworth, co-interim executive director McKenna Huffstutter, Moyle and the entire DASAS leadership board have been working on mapping a plan of action to both recoup the lost funds and to make sure a similar situation does not happen again.

“We need to diversify funding sources rather than being completely dependent on grants,” Hackworth said. “This has opened our eyes to pursue alternative funding for our community so we can better serve survivors of domestic violence and sexual assault.”

Having reached out to community members and businesses, DASAS has been overwhelmed by the outpouring of support received from the community.

“Working with survivors isn’t one of those things that everyone wants to get involved with,” Moyle said. “People are quiet about it. It’s hard to find supporters but when we do it’s because they’re so moved. Unfortunately, domestic violence and sexual assault is such a prevalent thing in our community. We’re all touched by it in some way. Sometimes, it’s hard to get the word out.”

“We could not do what we do without our community partners,” Hackworth said. “I just want to say thanks to those who have supported us over the years. It doesn’t go unnoticed. If you are able to help one person change their life, it’s such a ripple effect. I encourage the community to keep reaching out to victims and survivors. It does make a difference. Everything makes a difference.”

Readers interested in supporting DASAS can make a donation at dasasmi.org or call (269)-273-6977 to sponsor a bill or to volunteer. Readers can also register to participate in the organization’s annual Walk A Mile In Their Shoes event at 10 a.m. Saturday, Aug. 14 at Lafayette Park in Three Rivers.

Walk A Mile in Their Shoes is a yearly fundraiser hosted by DASAS where participants walk a mile to support and educate the community about domestic and sexual violence. This year’s event features both an in-person and virtual rally where virtual participants are encouraged to walk, stand, or do anything while thinking about what it feels like to walk in the shoes of a survivor.

While faced with an uphill battle, Moyle and Hackworth are confident DASAS will continue to serve those in need going forward.

“It’s scary stuff,” Moyle said. “It’s one of those situations you just don’t train for, a moment you never think is gonna happen. It’s scary, but I believe in our leadership, employees and volunteers. I believe in us. We’re gonna make it somehow.”

“While what we’ve gone through has been an emotional upheaval, I think we will emerge from this better than before,” Hackworth said. “I believe a lot of times that very significant changes come from hardship. As an agency, we draw strength from each other and hold each other up.”