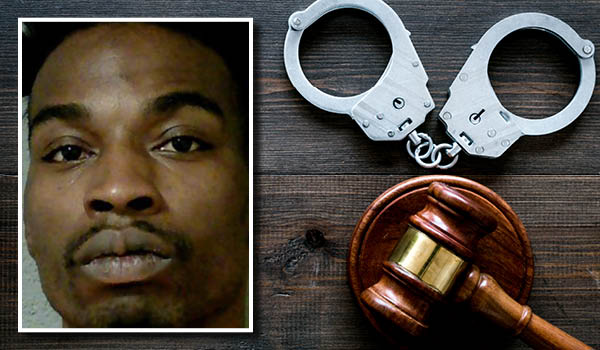 CASSOPOLIS – A Kalamazoo man who robbed a convenience store last year in Vandalia was sentenced to prison Friday in Cass County Circuit Court.

Ronnie Melvin Flowers, 34, of Kalamazoo, formerly of Vandalia, pleaded guilty to armed robbery as a habitual offender and was sentenced to two to 10 years in prison. He has credit for 525 days already served and must pay $1,093 in fines, costs and restitution.

The incident occurred Feb. 28, 2020, at the Dollar General store on State Street in Vandalia. Flowers went into the store and asked to see the manager. He asked her if the store had an armed robbery protocol and proceeded to rob the store. The manager recognized him from past visits to the store, and the police arrested him later.

Cass County Prosecutor Victor Fitz told the court that he had initially planned to ask for a four-year prison term since that had been the plea agreement but decided to ask for just two years after Flowers testified for the prosecution in another case.

“I will start with the down side, he has 10 entries as an adult and a juvenile history as well,” Fitz said. “He has a history of drug use. On the up side, he’s 34 years of age and if he gets hold of his drug use, he can do something different. … There was no deal for his testimony, but he did the right thing so I’m recommending two years instead of four years.”

Defense attorney Robert Drake noted that Flowers was initially found to be not competent to stand trial due to mental health issues. He added that he did not actually have a gun during the robbery although he intimated that he did have one.

“It was really irresponsible and a foolish thing to do,” he said.

“I just want to apologize to the county and especially to the victim,” Flowers said. “I didn’t intent to put her in fear but I can understand how she perceived it. I never had any thought in my mind to hurt her. … I was hurting, and they say that hurt people hurt other people. I never had any intentions of hurting her.”

“A lot of things can happen when you do something like this, you can get seriously hurt and spend a lot of time in prison,” Cass County Circuit Judge Mark Herman said.

Judge Herman noted that Flowers had written him letters saying he felt victimized by systemic racism.

“I want you to understand that that doesn’t justify criminal behavior,” he said. “You are here because you threatened to rob and rob people and intimated that you had a weapon.”

“When you feel victimized by society, I hope you realize that Prosecutor Fitz has asked to depart below the guidelines based on your cooperation,” he added. “I hope you appreciate that the system can work.”