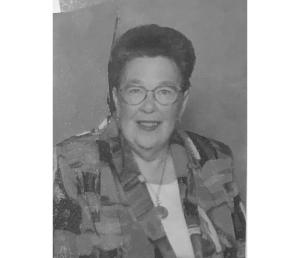 Myra Melvin passed away peacefully on Friday afternoon at the Forest Glenn Assisted Living in the presence of a few family members.

Mrs. Myra Melvin was born March 2, 1930, the second of five children of Mr. and Mrs. Henry and Marguerite Pierson in Keeler Michigan. Mrs. Melvin was a 1947 graduate of Dowagiac Union High School and a 1950 graduate of the St. Camillus School of Nursing in Kalamazoo. Mrs. Melvin worked as a registered nurse at Lee Memorial Hospital and taught nursing out at Southwestern Michigan College, where she helped start the program.

Myra (Pierson) Melvin married George Melvin on Nov. 11, 1953. They raised three children of their own. Randy Jonlee Melvin, Jeffrey Allan Melvin and Todd Andrew Melvin. They also enjoyed traveling and took their family on three week vacations every summer across both the U.S. and Canada. They also belonged to a Jayco Camping group that camped one weekend of every month from April to October in and around NE Indiana and SW Michigan.

There will be a memorial held at the Starks Clark Funeral Home on Saturday Aug. 7, 2021, between 11 a.m. and 12:30 p.m. followed by a family memorial. Then the family will be gathering out at the Moose Lodge North of Dowagiac from 2 to 4 p.m. The family is asking for donations to be given to Southwestern Michigan College Nursing program in lieu of flowers.