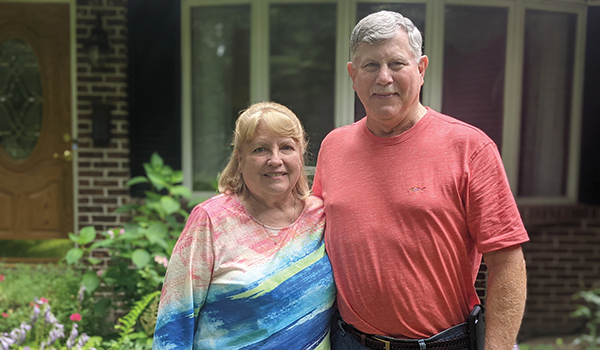 CASSOPOLIS — Jim Bogue remembers it like it was yesterday.

As a young child growing up down the street from the Cass County Fairgrounds, Bogue would often sit near his bedroom window at night during fair week, gazing up at the glow from the fair’s searchlight illuminating the sky.

“I couldn’t get enough of it,” Jim recalled. “It was cool and fascinating to me.”

Now, more than 50 years later, Jim and his wife, Linda, will be taking in the splendors of the Cass County Fair as its grand marshals.

“A lot of good people we know have gotten it in the past,” Linda said. “It was kind of a ‘thank you’ to us from everybody. It made us feel pretty good because we’ve given a lot to 4-H, the kids and the fair board.”

The Bogue’s relationship with the fair dates back 60 years, when both Jim and Linda were 4-H members themselves. Since then, Jim has served on the fair board for 14 years and has been a member of various committees, including the fire safety committee, building and grounds committee and the grounds entertainment committee while Linda was the home arts building committee chair for five years.

In addition to several decades of committee experience, the couple also oversaw Penn 4-H Club for 17 years. Linda created Legacy 4-H 10 years ago and oversees the club with her daughter, Rachele Ward.

“Our club is real community service oriented,” Linda said. “We do food drives, adopt a highway and make birdseed feeders to hang outside of the windows around the medical care facility. We haven’t seen our 4-H kids since March of last year, so I’m really excited to get back and see the kids.”

Linda teaches her club members skills that include crocheting and Swedish weaving.

“I have a sewing machine in the back,” she said. “We all sit around a big table and work together on them and stuff. I love working with kids and seeing them achieve and grow.”

According to the Bogues, the fair has grown by leaps and bounds since they were participants in 4-H.

“We’ve seen a huge growth in the showcase buildings,” Jim said. “It’s all people with a vision who volunteer a lot of time.”

“A lot of local people have really poured into it and contributed to building a lot of stuff on the grounds,” Linda added. “When I grew up, there was one horse barn.

Both Jim and Linda are looking forward to this year’s fair in light of the ongoing pandemic.

“We’re just like all the other fair people,” Jim said. “We couldn’t wait for it to get back.”

“It’s like a big reunion,” Linda added. “People we haven’t seen for years that we were in 4-H with now have kids that have been in our 4-H club or another club. Everyone gets together and visits.”

For Jim and Linda, what keeps them involved with the fair year after year is the children.

“We love seeing them compete and see how they grow through their projects,” Linda said. “All the time and effort they put into it and the rewards they get for all their hard work.”