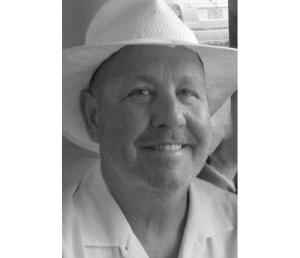 He was born on July 29, 1951, in Niles to Blair E. and Barbara J. (Welsher) Walter. Sadly, Blair died when Kent was five years old. Several years later, Barbara married James R. Smallwood who adopted her children. Kent graduated with the Niles High School Class of 1969, and continued his education at Central Michigan University in Mount Pleasant, earning a bachelor of science in marketing and finance. He was employed by AT&T his entire career, and was transferred to several locations, including 20 years in Chicago, Illinois.

Kent was raised in the First Presbyterian Church of Niles, but in Chicago he attended the former Saints Margaret & Mary Catholic Church (now Holy Child Jesus Parish), and “up North” he attended Saint James the Greater Catholic Church in Houghton Lake, Michigan.

He was a great outdoorsman, enjoying fishing, kayaking and canoeing on Higgins Lake and the Au Sable River, and taking nature walks, including winter snowshoe hikes and cross-country skiing. He also ran, including a Chicago Marathon, and practiced yoga. He often played golf at the Redwood Golf Course in Roscommon (formerly the Burning Oak Country Club before the clubhouse burned-down in 2011).

Indoors, Kent enjoyed watching football broadcasts, but recently changed his loyalties from the Detroit Lions and Chicago Bears to the Kansas City Chiefs — so that he could experience celebrating a win. He was also a fan of the University of Michigan, splitting his collegiate loyalties with his alma mater, the Central Michigan Chippewas. He also enjoyed playing cards, especially euchre and Texas Hold’em.

On Aug. 8, 1988, at the Presbyterian Church Camp on Higgins Lake (now Camp Westminster) the Rev. William J. Fuerstenau officiated at the wedding of Kent to the former Barbara B. (Dziwulski), with whom he celebrated last year the 32nd anniversary of their wedding.

In addition to his birth father, Blair, Kent was preceded in death by his adoptive father, James Smallwood, on June 13, 1997; and by a brother, Kim Allen Smallwood, who died on Sept. 6, 2005.

The funeral service for Kenton Smallwood will be at 2 p.m. on Saturday, July 31, 2021, at the First Presbyterian Church, 13 S. Fourth St. in Niles, with the Rev. Christopher Mergener of the church officiating. The service will be livestreamed on the Halbritter-Wickens Facebook page at: facebook.com/halbritterwickensfuneralservices. The family will receive relatives and friends in the Tyler Chapel at First Presbyterian Church beginning at noon on Saturday.

Contributions in memory of Kent may be made to the Traumatic Brain Injury Recovery Association, tbira.org; or to the American Heart Association, 7272 Greenville Avenue, Dallas, Texas, 75231, https://www.heart.org/. Arrangements were made at the Halbritter-Wickens Funeral Home, 615 E. Main St. in Niles. Online condolences may be left at:

Kent was clearly the consummate outdoorsman, finding pleasure in creation throughout all four seasons on land, water and snow, and even as his health declined he still took creative healthcare support equipment up north where he was most comfortable. But his greatest interest was the people around him, especially his family.