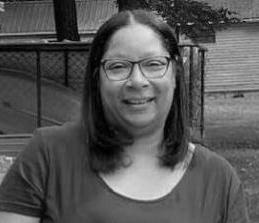 Her life began July 25, 1965, in Chicago, the fifth child of six born to Johnny Poole and Sandra Lee Williams.

DeeDee cherished her family and friends. She was all about her grandkids and spent as much time as possible with them. She enjoyed barbeques and sitting around joking and reminiscing about old days.

She was preceded in death by her mother; one sister, Deborah Louise Robinson; and her stepfather, George Lee Williams.