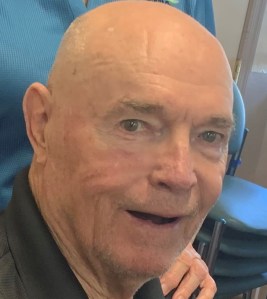 Jim’s life began on July 23, 1941, in South Bend, Indiana as the son of Albert and Geneva (Turner) (Love) Vida. He passed away on July 20, 2021, in Green Valley, Arizona. He was 79 years old. Both of his parents and two of his sisters, Karen and Kristine, preceded him in death.

On Aug. 5, 1962, he married the former Janice Harrison (deceased). On July 25, 1989, Jim married Suzanne Colley. Both felt that fate had brought them together. He said she was the light in his life, his soul mate, best friend, and lover. He is survived by his children, James A. (Jay) Love, II (Tracy), of Granger, Indiana, Jennifer (Love) Kress (Ben), of New Carlisle, Indiana, Jonathan Love (Heather), of Cassopolis, Michigan; step-daughters, Michelle (Colley) Perry, of Nashville, Tennessee, and Caroline (Colley) Hawley (Christopher), of South Bend, Indiana; 10 grandchildren, all of whom will miss their Papa Bear dearly. His siblings include Karen (Love) Blume (Larry), both deceased; Kristine Love-Van Belleghem (John), both deceased, and Beverly J. Pryor, of Green Valley, Arizona.

In 1966, he was drafted into the U.S. Army and spent five years on active duty, with overseas tours in Korea and Vietnam. He was awarded two Purple Hearts and the Bronze-Star Medal with “V” device for valor during his tours in Vietnam.