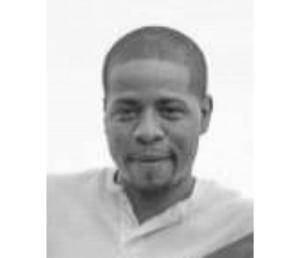 Jerry Alexandro “Woodstock” Harris, 43, of Cassopolis, died peacefully Friday, July 23, 2021, in the comfort of his family’s presence after a hard-fought battle with cancer.

He was born Aug. 29, 1977, in Niles, the youngest of three children of Melvin, Sr., and Gerarda Harris. He married Elizabeth Jane Copley Aug. 28, 2020, in Cassopolis, Michigan after years of friendship.

Woodstock was a 1996 Ross Beatty graduate and attended college briefly playing basketball until he suffered a shoulder injury. He loved basketball and football, especially University of Michigan teams (Go Blue!) He spent many years working for various companies in Elkhart: Gunite, Hackney and most recently Forest River for twelve years and Medix briefly before his diagnosis.

Not one to sit still, Woodstock discovered other passions while battling cancer: wood-working, painting, cooking and grilling. He was a fan of cooking shows and trying different recipes. He had a generous spirit and enjoyed spending time with loved ones while hosting cookouts and gatherings.

Woodstock will be greatly missed by family and friends. He is survived by his wife, Elizabeth Harris, of Cassopolis; two daughters, De’Jah Harris, Jennifer (Donnie) Walker, both of Cassopolis; one son, Jerry Beathea, Jr., of Cassopolis; his father, Melvin Harris, Sr., of Cassopolis; two sisters, Dana Harris, of Elkhart, Janet (Vincent) Ash, of Indianapolis; one brother, Melvin “Poncho” Harris, Jr., of Elkhart; one niece, Nachelle (Kristoffer) Fizer, of Jacksonville, North Carolina; two nephews, Nathan Pompey and Davon Pompey, both of Elkhart; and his four-legged babies, Jaxs, Rockett and Jango, who are still looking for him. He was preceded in death by his mother, Gerarda Harris, and step-mother, Deborah Samuel.

Family and friends will gather Saturday, July 31, 2021, from 6 until 7 p.m. in Connelly Chapel Wagner Family Funerals, 202 N. Broadway St., Cassopolis, for a time of telling stories and sharing memories. In honor of Jerry’s love of all things “Michigan” please feel free to wear your favorite U of M attire.

The family prefers contributions in memory of Jerry be made to Cass County Cancer Service, Post Office Box 676, Edwardsburg, Michigan 49112.