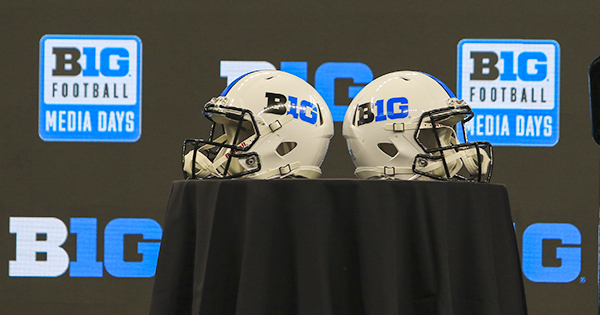 The George and Viola Taliaferro Fellowship will provide individuals who have not historically had access to collegiate conference office leadership positions with an opportunity to work in the Office of the Commissioner and gain valuable experience in both the sports and business sectors.

“George and Viola Taliaferro had an incredibly profound impact on the United States Justice System, the state of Indiana, Indiana University and all of college football,” Warren said. “We are elated to have a fellowship position in the office of the commissioner that honors the legacies of both George and Viola, and it is our intention to hire qualified individuals who embody hard work, dedication, integrity, and perseverance.”

George Taliaferro was the leading rusher on Indiana’s 1945 Big Ten championship team that went 9-0-1, the only undefeated team in school history. During his four years in Bloomington, the three-time All-American led the Hoosiers in rushing twice and passing once. George was inducted into the College Football Hall of Fame in 1981.

George became the first black player drafted into the National Football League in 1949 when George Halas and the Chicago Bears drafted George in the 13th round. He was the first black athlete to play quarterback in the NFL and the only man to play seven positions. George played for the New York Yanks from 1950-51, the Dallas Texans in 1952, the Baltimore Colts from 1953-54, and the Philadelphia Eagles in 1955, earning Pro Bowl honors in 1951 through 1953.

George later earned a master’s degree at Howard University, taught at the University of Maryland and served as dean of students at Morgan State University. At Indiana, George also spent two decades serving his alma mater in a number of capacities, including as a special assistant to the president, IUPUI chancellor and Dean of the School of Social Work. He was also active in helping the Children’s Organ Transplant Association.

Judge Viola “Vi” Taliaferro had already built a successful career in academia, social work, and administration before moving to Indiana and enrolling in law school, graduating in 1977. After practicing law for 12 years, Vi became the first African American to serve as magistrate and then judge in the Circuit Court of Monroe County, Indiana. She handled all county juvenile, paternity, probate, and mental health commitment cases.

Vi served as a consultant to U.S. Attorney General Janet Reno and was on the National Research Council on Juvenile Crime. She was elected to the prestigious American Law Institute and has participated in various professional organizations. As a retired judge, she continues to do special projects for the Indiana Supreme Court.