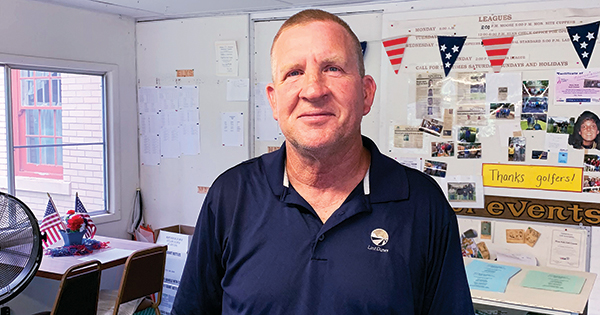 NILES — The first of two weekends for the Niles City Golf Tournament is in the books.

The Youth Division, Senior Championships, Senior A and Women’s Championship flights were all decided this past weekend at Plym Park Golf Course.

The seniors and women’s competitors played 18 holes of golf on both Saturday and Sunday.

John Kessick won the Senior Championship Flight with a two-day total of 143. Rick Lewis finished three strokes back with a 146, while Curt McKenzie finished third with a 149.

Mike Riggins captured the Senior A Flight title with a score of 175.

He edged runner-up Mike Frucci by three strokes, as he finished with a 178. Charlie Stewart took third place with his score of 182.

There was a new champion in the Women’s Championship Flight, as Amanda Horter defeated Monica Schmidt by four strokes.

The second — and final — weekend of the Niles City Golf Tournament begins Saturday at Plym Park as the Championship, A, B and C flight crowns will be awarded.

Golfers can register for the tournament at Plym Park through Thursday. Anyone wishing to participate after Thursday will be charged an additional fee.