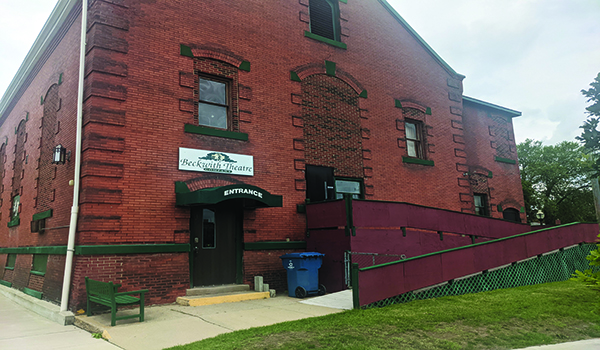 DOWAGIAC — After closing for 18 months, The Beckwith Theatre is ready to reopen with its first main stage production, “Make It Home,” July 30.

The play, written and directed by Larry Nielsen, will run for two weekends and is a poignant retelling of real-life stories of World War II by the soldiers in battle and the women waiting for them at home.

The play follows the lives of five combat veterans and two home-front women from the start of the United States’ entry into WWII and throughout the war and their prospects of making it home.

The audience will meet Nelly, Eddie, Sam, Bobby and Mark fighting on the frontlines in the Pacific and European battles. They’ll also meet a woman named Sally, who experienced the war as it was fought by her husband and brothers, and Evelyn, a 10-year-old girl who grew up as the war was fought by her father and brother.

Their stories are enhanced with the projection of war-time photos, sound effects and music throughout the production.

Director Nielsen said his father, who served as an Army machine gun sergeant in the Pacific, was the primary inspiration for writing the play.

“We always knew my dad had seen combat, savage combat, but he never opened up about it until his later years,” Nielsen said. “We were shocked and amazed at what he went through. He and the men he served with were heroes.”

Nielsen researched the war accounts of roughly 50 combat veterans as well as a number of home-front women and children. In the play, these real-life accounts are woven together in a powerful and moving experience. Nielsen said his father’s accounts are also included throughout the stories of the characters in the play.

“I hope play-goers learn and appreciate what their grandfathers and grandmothers, fathers and brothers, uncles and aunts experienced in serving at a time of great world need,” Nielsen said. “I hope they feel a greater appreciation and sense of honor for those who served in WWII. These are important stories that should not be forgotten.”

The production is sponsored by Indian Lake Hills Golf Course and Imperial Furniture. To learn about the other upcoming productions at the Beckwith Theatre, please visit their new website at beckwiththeatre.com. The Beckwith Theatre is located at 100 New York Ave, Dowagiac, MI 49047.