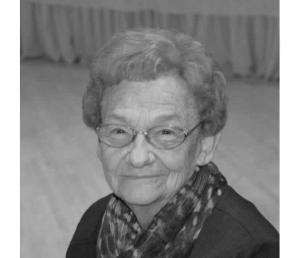 tsel, 89, of Cassopolis, went home to be with the Lord July 10, 2021. She was born August 17, 1931, in Evergreen Park, Illinois to Elmer Frank, Sr. and Lucille Louise (Evans) Filley. She married Donald “P.J.” Nathan Hertsel, Jr. October 10, 1954, in Cassopolis, Michigan. He preceded her in death on December 12, 2005. She was also preceded by her parents Elmer Frank Filley, Sr. and Lucille Louise (Evans) Filley, two sisters, Betty Jane Carter and Mary Louise Hahn; and two brothers, Jack Wallace Filley and Robert “Bob” Homer Filley.
She is survived by her three children: Terry Hertsel of Vandalia, Karen (Bud) Seymour of Dowagiac, and Tracy (Linda) Hertsel of Vandalia; one brother, Elmer “Sonny” (Janet) Filley, Jr., of Cassopolis; three beautiful granddaughters; Ashley (Kris) Tenter, Olivia Hertsel, and Isabella Hertsel; two great-grandchildren, Maelie and Maverick Tenter; and several other nieces and nephews.
Edith’s widowed mother, Lucille Filley, moved her family to Vandalia, Michigan in 1933. Her family moved at least eight times in Vandalia, as rent became so expensive. But during the Great Depression, they didn’t have anything, so moves weren’t that difficult. She was baptized when she was eight years old at the Vandalia Church of Christ. During high school, she worked as a waitress at Three Fishes Café in Cassopolis. She graduated from Cassopolis High School in 1948 and began working as a cashier at the Kroger Grocery Store in Cassopolis. She met an employee there named “P.J.”, and on October 10, 1954, they were married. They celebrated their 50th wedding anniversary on October 10, 2004. They raised their family and loved entertaining at their home on Donnell Lake, in Vandalia, Michigan.
In 1965, Edith worked in the office of the Michigan Livestock Exchange on Monday nights. After all the children were in school, Edith worked fulltime for 15 years at Community Mills in Cassopolis. After retirement, P.J. delivered Bivouac converted vans across country and Edith followed in the chase car. After delivering the van, they extended their stay for sightseeing and traveling. They visited all 50 states. In 1998, they traveled to Prince Edward Island and Nova Scotia. In 2000, they attended the Passion Play of Oberammergau. They also visited Scotland, England, France, Switzerland, and Germany. They wintered in Arcadia, Florida. P.J. and Edith were always dedicated to their church families, which included Vandalia Church of Christ, Pleasant View Church of Christ, Comstock Church of Christ and the West Kalamazoo Christian Church.
For the past twelve years Edith enjoyed worshiping with her church family at Michiana Church of Christ in Dowagiac. Edith’s spiritual gifts were hospitality and encouragement. Besides traveling, Edith enjoyed going to craft shows, garage sales, watching Hallmark movies, and spending time with family. She was an excellent cook. Also, Edith’s calendar was filled with family and friends’ dates of birthdays and anniversaries. She had drawers full of cards, ready to mail out. She will be sorely missed.
Family and friends will gather Friday, July 16, 2021 from 4:00 p.m. until 8:00 p.m. in Connelly Chapel Wagner Family Funerals, 202 North Broadway Street, Cassopolis, and will gather for the Celebration of Life Service with a “Patriotic” theme Saturday, July 17, 2021 at 11:00 a.m. in Michiana Church of Christ, 500 East Prairie Ronde Street, Dowagiac, Michigan, with Pastor Justin Shepard officiating. A lunch will be served immediately following the service. A private family burial will be in Birch Lake Cemetery in Vandalia, Michigan.
The family prefers contributions in memory of Edith be made to Michiana Church of Christ, 500 East Prairie Ronde Street, Dowagiac, Michigan 49047.
Arrangements have been entrusted to Connelly Chapel Wagner Family Funerals, Cassopolis. Please share a memory or a message online: wagnercares.com.