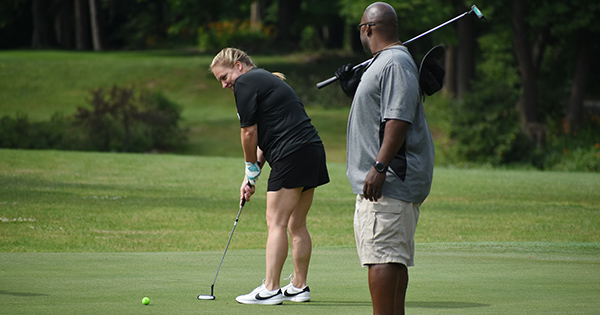 DOWAGIAC — A year’s absence did not hinder the fundraising efforts of the Dowagiac Union Schools Foundation and the Dowagiac Athletic Boosters.

After having to cancel the Chieftain Golf Outing in 2020 due to COVID-19, the event returned to Indian Lake Hills Golf Course in June and raised $44,000, according to Chairman Thomas Carlson.

Even without an outing in 2020, the two groups raised $10,775 through the donations of their donors. Those funds were used to award scholarships to Dowagiac Union High School students this past spring.

“We are just so grateful for the tremendous community support this event receives each year,” Carlson said.

The Chieftain Golf Outing has now raised $549,000 since its debut in 2004. All proceeds from the outing are split equally between the foundation and the booster club.

The Chieftain Golf Outing Committee, which consists of Carlson, Larry Crandall, Terrie Foster, Martha Hassle, Deb Heeter, Dee Herman, John Juroff, Stacy Leversen, Brent Nate and Krista Smith, waited as long as they could before canceling the outing last year. Planning for the 2021 outing started at the beginning of the year, according to Carlson.

“Our committee is intentionally small, but our communication and camaraderie just work hand-in-hand,” he said. “We started in January to begin the planning process and worked hard because we know the students, staff, athletes and coaches will reap the benefits.

We also recognize that there are many others that volunteer their time and talents, often behind the scenes, to make the outing a success.”

Carlson also thanked Indian Lake Hills for their cooperation and assistance in hosting the outing,” he said. “We sincerely appreciate their efforts as well as the assistance of the staff at Indian Lake Hills Golf Course. We certainly could not have pulled off this big of an event without their help.

“We would also like to acknowledge Nick Saltzman and Lincoln Clark for setting up the audio so that band director Shane Oakley and choir director Hunter Schuur could provide the music and voices for everyone to hear. We appreciate the students who came out to get things started.”

The committee also wishes to thank all the sponsors of this year’s outing: