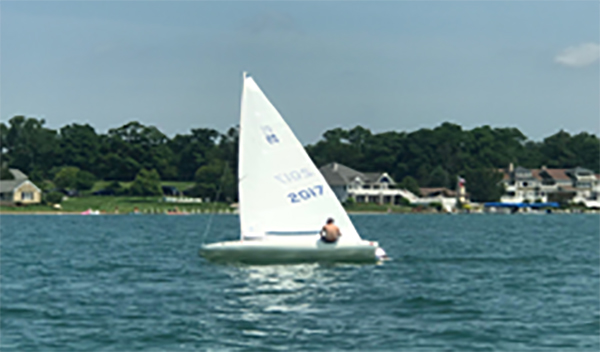 This event is dedicated to Reid Francis, a long time Michiana resident and sailor. In April 2020, Reid lost his long battle with cancer and this invitational race is to be held in his memory. Reid was a strong racing competitor, a member and instructor of sailing at Diamond Lake Yacht Club. Two of his sons, Austin and Lane, who were nearly electrocuted last summer, are healthy enough to be racing in the event.

The Inter Lake Regatta was established in the early 1980s and has featured a competition of the area’s top sailors. This year, it will be a daylong event consisting of three races on Saturday, July 24th, 2021. The first race begins at 10 a.m., followed by the second and third races and ending with the awards immediately after the last race on the DLYC shoreline. Diamond Lake Yacht Club is located at 21269 Shore Acres Road, Cassopolis.

Spectators are welcome to watch the races by boat on the edges of the course or on land near the yacht club.

For More Information on the details of the event, contact Bruce Cassady at cassady@cpind.com or Jim Ward jrwardcolumbus@aol.com  or DLYC Commodore John Seidl seidlj@ymail.com.

To reserve space on a boat or box lunch at DLYC please contact: Jackie Comeau jcmgm@aol.com

A rain date is scheduled for Sunday, July 25.