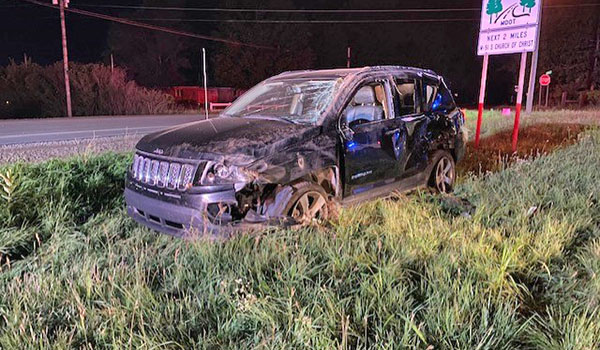 POKAGON TOWNSHIP — Three Michiana residents were sent to the hospital after a hit and run crash Friday morning in Pokagon Township, according to the Cass County Sheriff’s Office.

Sheriff Richard Behnke reported that the Cass County Sheriff’s Office is investigating a hit and run crash that occurred on M-51 and Edwards Street in Pokagon Township around 2:24 a.m. Friday.

Initial investigation shows that vehicle, driven by Marie Dillon, 70, of Shipshewana, along with her two passengers, Stephen Jack, 54, of Shipshewana, and Trena Mireles, 49, of Hartford, was traveling north on M 51 when a vehicle disregarded the stop sign on Edwards Street, colliding with them.

The second vehicle fled the scene but was later located, unoccupied, at a residence in the 31000 block of Edwards Street

Dillon and her passengers were transported to Borgess Lee Hospital for their injuries.

This crash remains under investigation. If anyone has information regarding this crash, they are asked by deputies to contact the Sheriff’s Office at (269) 445-2481.

LAGRANGE TOWNSHIP — A Dowagiac woman was sent to the hospital following a Thursday crash in LaGrange Township, according to... read more