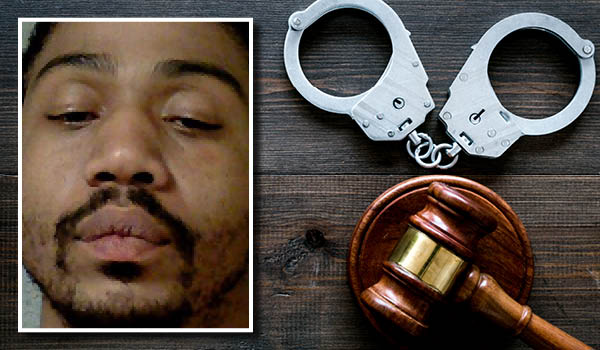 CASSOPOLIS – A Cassopolis man with a past criminal record was one of three area residents sentenced to prison Friday in Cass County Circuit Court.

Paris Amour Bradford, 35, of Hospital Street in Cassopolis, was convicted at a June jury trial of six counts and was sentenced to a total of five years in prison. He has no credit for time served, as he was on parole at the time of the incident. He must pay fines and costs of $1,888.

The incident occurred July 19, 2020, outside the Barnswallow Apartments on Hospital Street in Jefferson Township near Cassopolis. Police were called about a fight involving firearms and found Bradford a short distance away in a truck with a weapon and ammunition in the vehicle.

“He says he is a law-abiding citizen, but the facts say something different,” said Cass County Prosecutor Victor Fitz. “His life has been a series of bad decisions. He was offered a much better deal before trial, but because of his career of making bad decisions, he decided to gamble and go to trial.”

“The bottom line is that the court knows his past record and what he did here,” Fitz added. “He’s a career criminal. … I also want to mention that his behavior in jail has abysmal with his assault on a jail employee.”

“He was trying to protect others in the situation,” he said. “No one got harmed.”

Bradford said he could not take back his past criminal actions and said he had done everything he was supposed to and followed the rules since getting out of prison in 2019.

“I earned my freedom,” he said.

Cass Circuit Judge Mark Herman noted that Bradford now has 10 felony convictions and a history of non-compliance going back 20 years. He added that Bradford has two pending cases stemming from altercations with jail staff.

MARCELLUS — Three were arrested on drug charges following a search in the village of Marcellus. The Cass County Drug... read more