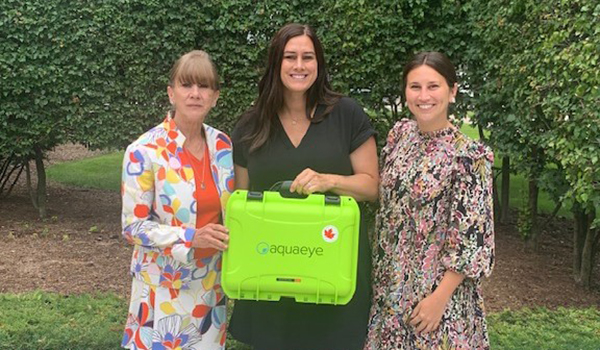 BERRIEN COUNTY — The family of a man killed after being swept into Lake Michigan have donated equipment to the Berrien County Sheriff’s Office to help prevent similar tragedies.

On March 28, Dakota “Cody” Yergeau died after being sweep off the south pier in St. Joseph. After several weeks of continuous searching his body was recovered, thus bringing a small amount of peace and closure to his family, said officials with the Berrien County Sheriff’s Office.

During the time that the search was taking place, the community rallied around his family. Yergeau’s received numerous donations from the community, and the family wanted the donations to be used in the community in an attempt to prevent another family from experiencing the pain and suffering they endured while waiting for the recovery.

The family worked with the Berrien County Sheriff’s Office to identify equipment that could potentially be used by first responders to help in the rescue/recovery of individuals during water rescues.  A portion of the donated funds were used to purchase an AquaEye for the Berrien County Sheriff’s Office personnel and other first responders during water rescues.

AquaEye is an advanced underwater scanner that uses the latest in ultrasound and artificial intelligence technologies to identify human bodies underwater. It is able to scan 85,000 square feet in five minutes. The AquaEye handheld scanner enables rescuers to quickly access a scene and identify potential victims promptly. AquaEye allows a rescuer to act quickly and search a greater area in less time and may reduce the need for additional recovery resources.

The Berrien County Sheriff’s Office is thankful to Yergeau’s family and the community for their generosity and the donation of this piece of equipment, officials said.

The memory of Dakota “Cody” Yergeau will live on, each and every time that the AquaEye is utilized by first responders, officials said.