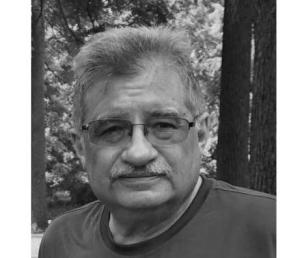 Anthony Matthew Molsby, 66, of Cassopolis, was gently called home to be with the Lord, Saturday morning, July 3, 2021. He was born April 30, 1955, in Chicago to Anthony and Gladys Molsby.

Tony was community oriented and a volunteer extraordinaire. He was a graduate of Notre Dame and Purdue Universities.

Tony will be greatly missed by family and friends. He is survived by his daughter, Mia (Kayleigh Sundman) Molsby, of Chicago; his grandson, Michael Julian Molsby; his former wife, Mynell Molsby, of Paw Paw, Michigan; three brothers, George Haines, Jr., of Fort Wayne, Indiana, Byron “BB” Haines, of Cassopolis, and Alton Wilson, of West Chester, Ohio. He was preceded in death by his parents and his only son, Michael Anthony Molsby.

Family and friends will gather Friday, July 9, 2021 from 11 a.m. until 1 p.m. for a time of sharing memories and telling stories in Connelly Chapel Wagner Family Funerals, 202 N. Broadway St., Cassopolis. Tony’s remains will be laid to rest beside his beloved son, Michael, in Calvin Center Cemetery in Calvin Township, Michigan.

The family prefers contributions in memory of Tony be made to Children of Fallen Police Officers Foundation, 18 Oak Street #1221, Brentwood, California 94513.

For everything there is a season and a time for every activity under heaven. Ecclesiastes 3:1

Brenda Blue’s life began on Sept.  30, 1955, in Dowagiac, the daughter of Hobart and Bertha (Saltzman) Blue. Brenda was the... read more